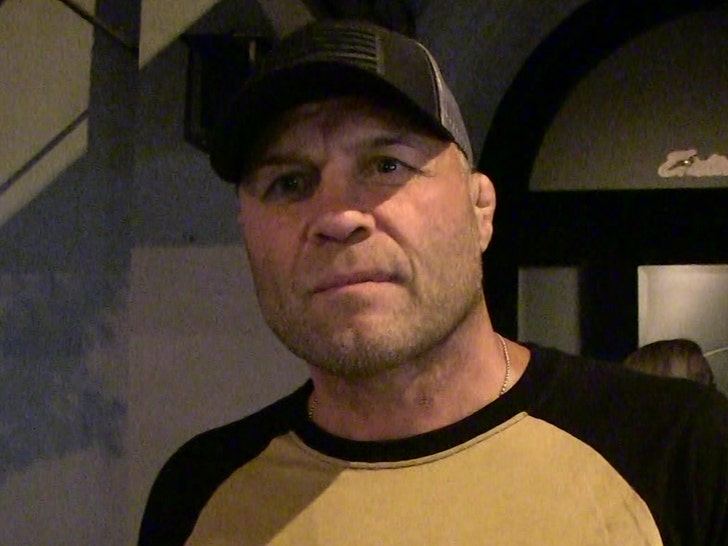 2:25 PM PT -- Randy's girlfriend Mindy Robinson issued a statement on the situation -- saying, "Yes, Randy had a heart attack yesterday, it’s an issue with him having naturally but unusually thick blood."

"We’ve been in the hospital for tests and observation and he is recovering well. He has and always will be...the toughest man I know."

12:15 PM PT -- UFC legend Frank Mir is also sending a message to Couture -- saying, "Getting ready for weighins here in Connecticut and I just received word that @Randy_Couture has suffered a heart attack. We’re all thinking of you Randy and are pulling for you champ."

11:48 AM PT -- Conor McGregor just sent out his support for the UFC legend ... saying, "Prayers up for Randy ‘The Natural’ Couture #Pioneer."

UFC Hall of Famer Randy Couture suffered a heart attack on Wednesday and is currently in intensive care at an L.A. hospital, TMZ Sports has learned.

The 56-year-old legend -- a 3-time UFC Heavyweight champ -- walked himself to the hospital on Wednesday after feeling something was off after a workout at the Unbreakable MMA gym in L.A. He was admitted and treated immediately. The good news, sources close to Randy tell us he's expected Randy to make a full recovery.

Couture is widely considered one of the greatest MMA fighters of all-time with victories over guys like Chuck Liddell, Tito Ortiz, Vitor Belfort and more.

In fact, Couture fought competitively late into his 40s ... taking on Lyoto Machida for the UFC Lightweight Championship in 2011 when Randy was 46 years old. Couture lost that fight, but still, amazing.

Couture also built a career as an actor starting with a cameo on the CBS show, "The Unit" which snowballed into bigger roles in bigger projects.

Couture went on to appear in a bunch of 'The Expendables' movies alongside Sylvester Stallone ... and later starred in the 2011 movie, "Setup," with Bruce Willis and 50 Cent.

In 2014, Couture competed on "Dancing with the Stars" with his pro dancer partner, Karina Smirnoff. He wasn't the greatest dancer in the world, but he was a fan favorite.

Couture is a regular at Jay Glazer's Unbreakable Gym in L.A., where he still trains alongside MMA legends like Chuck Liddell.

Back in the day, Couture was a high school wrestling phenom and won a state championship in Washington. He went on to serve in the U.S. Army from 1982 to 1988 and made Sergeant in the 101st Airborne.

Couture was inducted into the UFC Hall of Fame in 2006, only the 4th fighter to be enshrined. Couture had retired at the time but came back to fight several more times.

Couture has 3 children including son Ryan Couture, an MMA fighter who competes for Bellator. 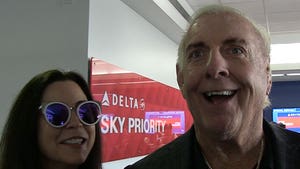