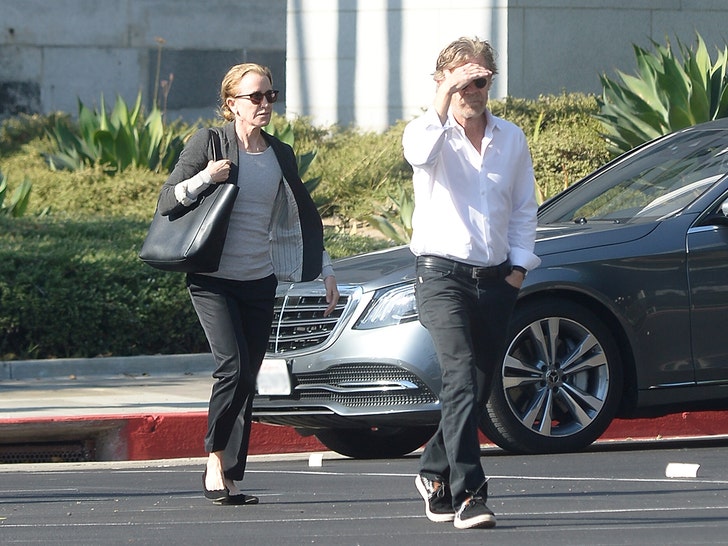 Felicity Huffman is swapping her prison green jumpsuit for a business casual look ... but she's still serious about settling her debt to society.

The "Desperate Housewives" star and her hubby, William H. Macy, headed into a downtown L.A. building that's homes to the federal probation offices. Unclear exactly who Felicity met with a hearty handshake outside the building, but we do know she was required to check in with her probation officer within 72 hours of being released from prison. 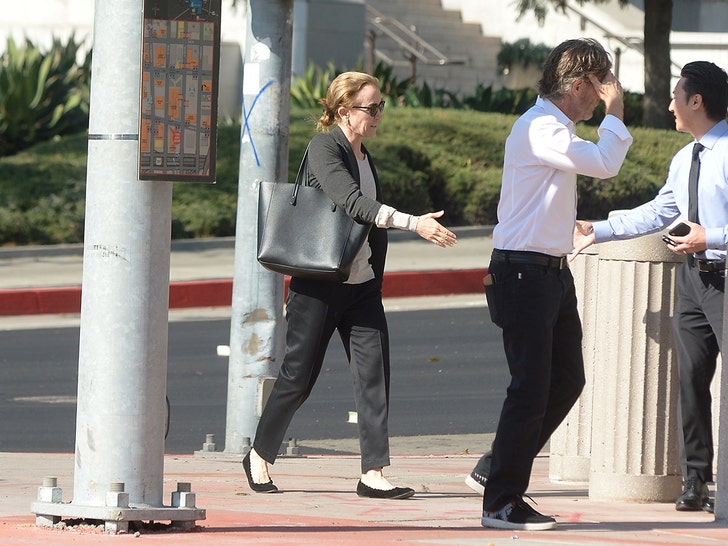 As we reported ... Felicity got outta jail Friday after doing just 11 days behind bars at FCI Dublin in Northern California for her role in the college bribery scandal.

She quickly made her presence felt ... and might have even made a friend or two while in the big house.

Anyway, as part of her sentence, Felicity also has to log 250 hours of community service -- which she might have gotten a jump on last month -- and remain under supervised release for one year.

Certainly looks like she's toeing the line when it comes to sticking to her sentencing guidelines. 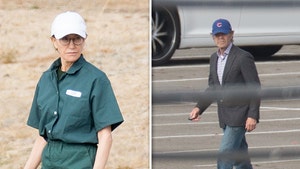 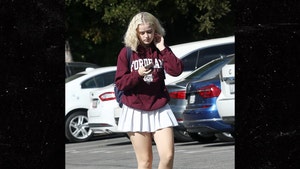