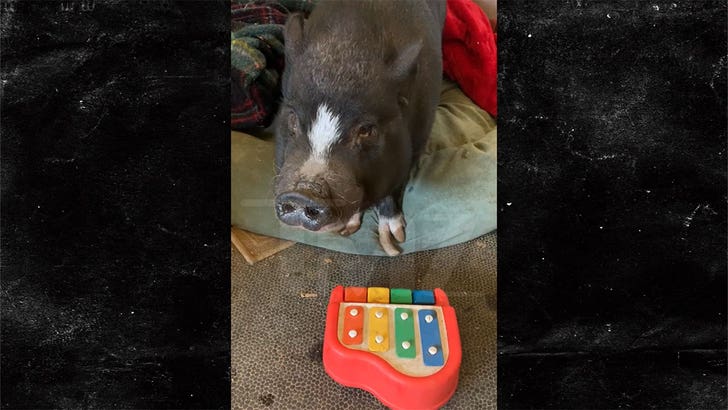 The wildfires raging in California are forcing tons of farm animals to be packed up and moved to safety ... including a pig in a blanket who can play the piano.

Nearly 200 animals are being evacuated to Pierce College in Woodland Hills -- it has an agricultural program -- and the farm manager on campus, Marcie Sakadjian, tells us they've run out of room to keep the displaced critters.

Pierce College works in partnership with the Los Angeles County Department of Animal Care and Control ... the institution started taking in large animals evacuated from the Getty Fire earlier this week, and more started showing up today as a result of the Easy Fire in the Simi Valley.

We're told Pierce College is housing about 170 animals on its 30-acre farm -- mostly horses in addition to goats, alpacas and a pig who arrived with a blanket and a piano. Seriously.

The piano-playing pig, Romeo, is a 15-year-old potbelly and his owner tells us he can also play the tambourine. We're told Romeo's been lifting the spirits of the Pierce College volunteers by playing his unique brand of music. Yes, Romeo's getting piggy with it. 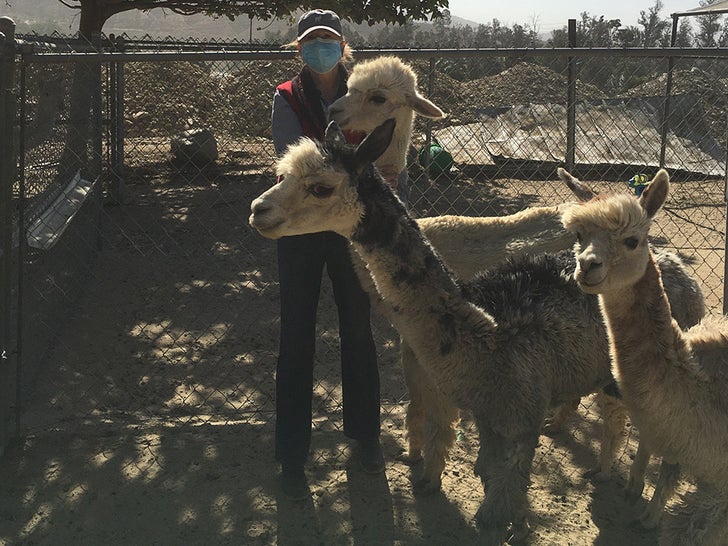 Pierce College is housing the animals in 3 large barns, and we're told the school recently built about 50 temporary pens that are coming in handy. Students, staff and volunteers are working around the clock to feed and take care of the animals, and the good news is the critters are showing up in good health with no signs of burns from the fires.

With Pierce College at capacity, we're told other large animals are being evacuated to another location in Ventura County.

Meanwhile, an alpaca farm in Somis, CA -- about 7 miles West of the Easy Fire -- is preparing to evacuate its 38 alpacas, 2 dogs and 4 cats ... this according to "Alpacas & Beyond" owner Kim Marziole. She says 3 of the alpacas are special needs animals.

It sounds like a crazy scene at the alpaca farm ... we're told there's horses running around on the loose and smoke is filling the air surrounding the farm. 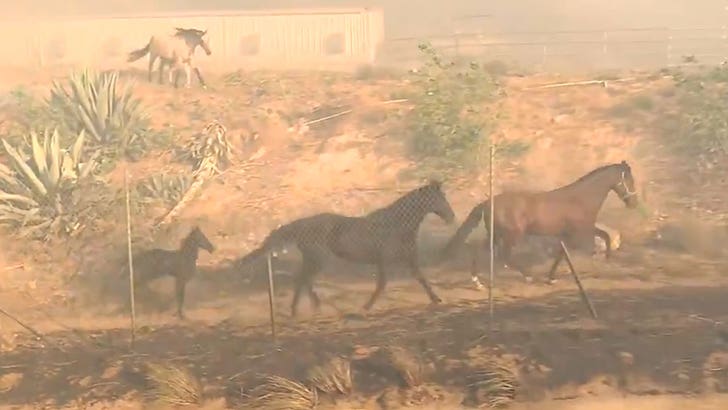 Hopefully, those horses are as brave as the stallion who rushed into the Easy Fire to lead its fellow steeds to safety. 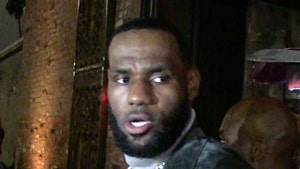 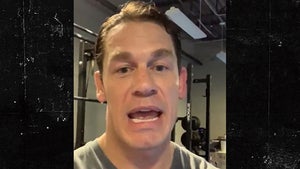