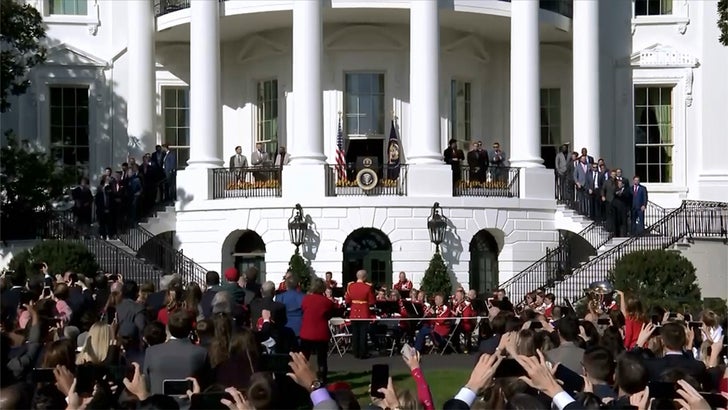 Donald Trump REALLY made the Nationals feel at home at the White House on Monday ... having his band welcome the team with their favorite song, "Baby Shark!"

The Nats adopted the adorable tune throughout their World Series run (it all stemmed from Gerardo Parra's walk-up song) ... and Trump made sure it was the first thing the team heard at their celebration ceremony.

Ya gotta hear the band play it ... it's an awesome rendition -- and the Nats just had to dance along on the White House stairs!!

As for the rest of the party at 1600 Penn., it went smooth for POTUS ... Nats catcher Kurt Suzuki said some words with a MAGA hat on -- while jokes about Max Scherzer's arm and impeachment drew some big laughs.

Trump also bragged about the attendance for the celebration ... calling the turnout record-setting.

Ryan Zimmerman then presented Trump with a No. 45 Nationals jersey ... before Nats manager Dave Martinez and the President clowned the umps for their controversial base-running call in Game 6.

As for the Nats who DIDN'T make the trip ... star third baseman Anthony Rendon was reportedly a no-show, along with studs Victor Robles, Sean Doolittle and a handful of others. 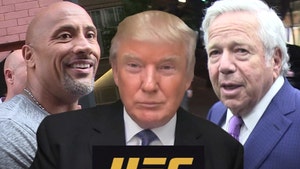 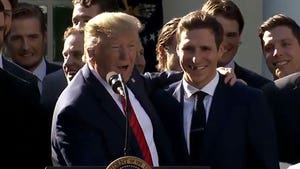 President Trump to STL Blues Player, 'Think I Could Take Him in a Fight!?'