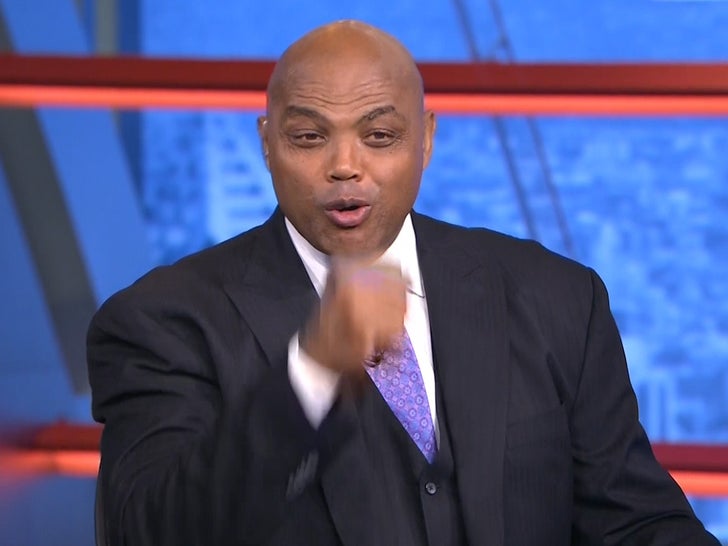 Charles Barkley was TRYING to do his usual thing of making fun of the larger female population in San Antonio during Thursday's "Inside the NBA" ... but it was Shaq who had the last laugh.

Charles Barkley vs. the women of San Antonio is the strongest rivalry in the NBA pic.twitter.com/FsvEF2A263

While Barkley was doing his best impression of big people stuffing their faces with churros, O'Neal realized the motion resembled oral sex ... and decided to mess with Chuck.

By the way, it doesn't seem like Charles ever caught on to what Shaq was doing -- which made it even funnier.

But, Kenny "The Jet" Smith saw what was happening -- and finally grabbed Barkley's arm so he couldn't do it again.

As for the repeated attacks at San Antonio's obese community, Barkley's been doing it for years ... and has refused to apologize. In fact, Barkley claims big women LOVE him and he's got proof.