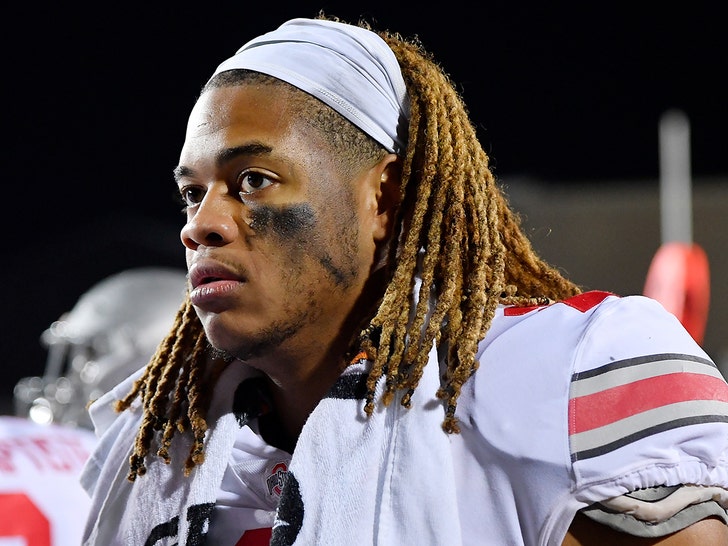 7:08 AM PT -- Young just issued a statement, saying the investigation stems from a loan he took from a family friend last year.

"Unfortunately, I won't be playing this week because of an NCAA eligibility issue," Young said. "I made a mistake last year by accepting a loan from a family friend I've known since the summer before my freshman year at OSU."

"I repaid it in full last summer and I'm working with the University and NCAA to get back on the field as soon as possible. I want to thank my family, teammates, coaches, and the whole Ohio State community for all the love and support. God bless and go Bucks!"

The best player in college football might never play a down in the NCAA again ... Ohio State's superstar pass rusher Chase Young has been suspended indefinitely.

Young -- a junior who leads the country in sacks with 13.5 and is the projected No. 1 overall pick in next spring's NFL draft -- is accused of committing an NCAA violation back in 2018.

Unclear what Young allegedly did to spur the probe ... but the school confirmed in a statement the 20-year-old will miss at least the Maryland game this weekend.

"Ohio State’s Chase Young will not play in this Saturday’s game between the Buckeyes and the Maryland Terrapins due to a possible NCAA issue from 2018 that the Department of Athletics is looking into," the Buckeyes said.

Young is one of the five most touted college football prospects of this last decade ... comparable to past No. 1 overall picks Myles Garrett and Jadeveon Clowney.

The 6'5", 265-pounder is just one sack away from Ohio State's single-season record -- a hell of an accomplishment considering NFL stars Joey Bosa and Nick Bosa just had careers there.

As for how the investigation will affect his draft stock ... it undoubtedly won't -- scouts have been drooling over the DE all year, with ESPN draft guru Mel Kiper saying this month, "He, right now, is the No. 1 player in the draft."

"I don’t see that changing between now and April."