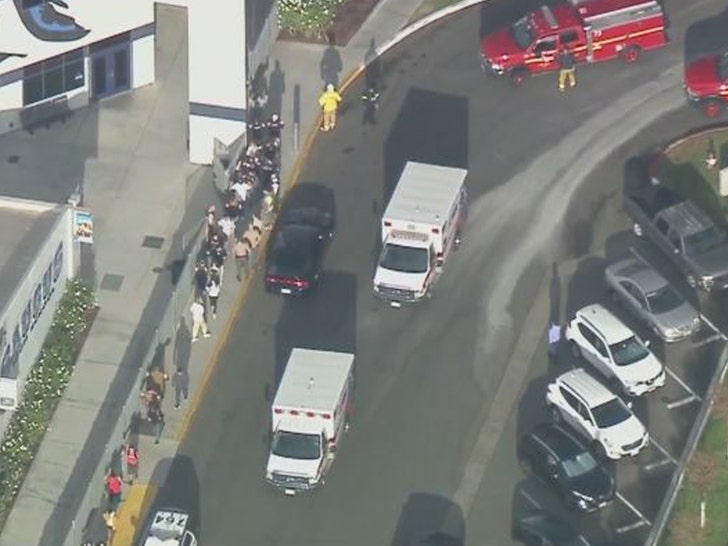 11:57 AM PT -- L.A. Sheriff's Office Captain Kent Wegener says surveillance footage shows the shooter drew a handgun from his backpack and shot 5 students, then himself.

Wegener says the shooter acted alone and used a .45 semi-automatic, and confirms he and the victims were all students. The Captain adds the shooter committed the act on his birthday and is in grave condition.

10:06 AM PT -- The hospital just confirmed the female patient has died.

10:03 AM PT -- A spokesperson for the Henry Mayo Hospital says they're treating 4 patients, 3 male and one female. The female and two of the males are in critical condition, the other male is in good condition.

9:44 AM PT -- The L.A. County Sheriff's Department says the suspect is currently in custody and being treated at a local hospital.

8:57 AM PT -- The suspect at-large is believed to be a student, according to Los Angeles County Sheriff Alex Villanueva.

An active shooter situation is going down at a high school in California ... and at least 5 people have been injured, according to the Santa Clarita Sheriff's Department.

Authorities in Los Angeles County responded Thursday morning to reports of shots being fired at Saugus High School in Santa Clarita ... and an Asian male suspect wearing all black is still at large.

Saugus HS was placed on lockdown -- along with all schools in the district -- as at least 2 reported shooting victims have been loaded into ambulances and taken to the hospital. Various reports say as many as 7 people have been injured.

A video does show some students being evacuated with an armed officer.

Cops are still on the hunt for the suspect. 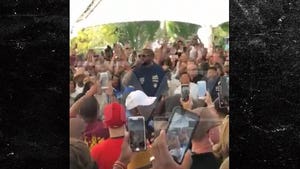 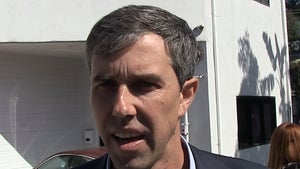 Beto O'Rourke Says Guns Alone are the Problem, Not Movies Like 'Joker'