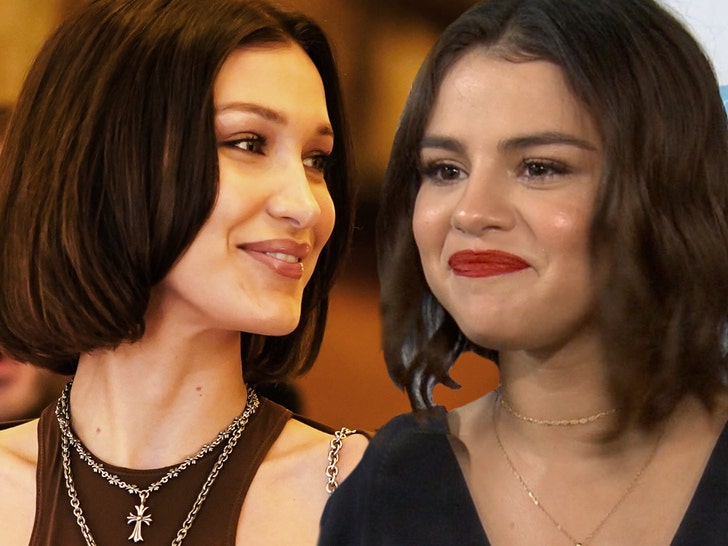 Bella Hadid raised eyebrows after deleting a post on which Selena Gomez had made an innocent enough comment -- but we've learned fans/social media blew this one way out of proportion. Shocker.

Sources connected to the supermodel tell TMZ ... Bella actually went out of her way to reach out to Selena this weekend to squash any potential beef. We say potential, because the Internet (yes, EVERYONE on the web) thought Bella had shaded the singer. 'Memba ... they're both exes of The Weeknd. 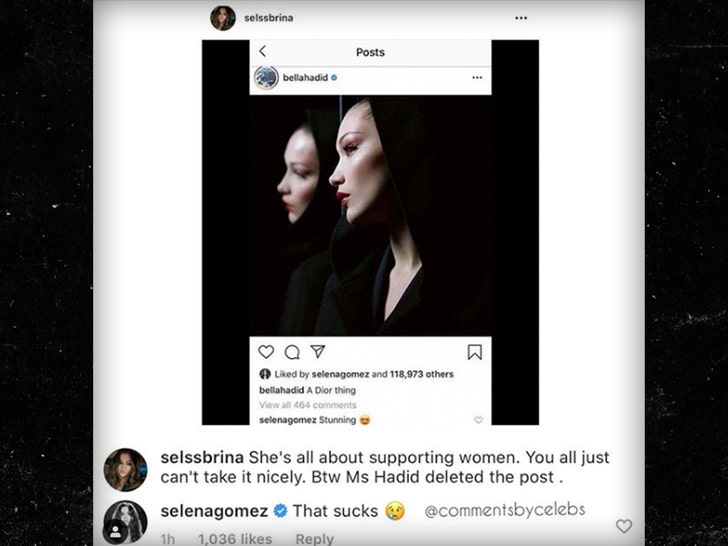 You see, what had happened was ... Bella posted this pic of herself, and Selena commented, "Stunning." Harmless, right? Well, Bella later deleted that post, but fans screen grabbed, reposted and insinuated Bella first ignored Selena (by not following her back) ... and then deleted the post out of spite.

Selena caught wind of this and commented on the fan page that reposted ... "That sucks," adding a sad face emoji for good measure.

We'll cut to the chase here -- the drama's over. Our sources say the former friends-turned-foes had a chat after the big deletion. We're told Bella told Selena it was never about taking a shot, the model simply deleted because she didn't like the pic.

She also said there are no hard feelings over The Weeknd. Selena briefly dated him in between his multiple rounds of dating Bella ... once upon a time.

The reason people were even looking into this social media activity might have to do with the fact both ladies unfollowed each other in 2017 when that Abel drama was in full swing. 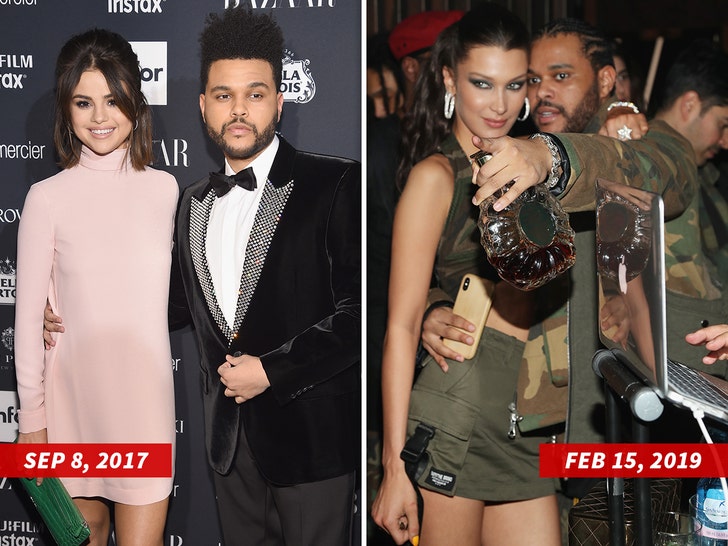 Since then, Selena followed Bella again ... but as of Monday, it doesn't look like Bella has returned the favor. Not that we're trying to stir anything up. 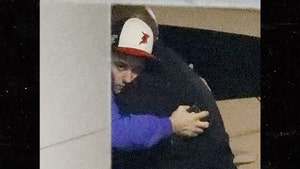 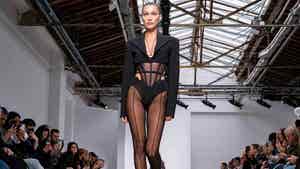