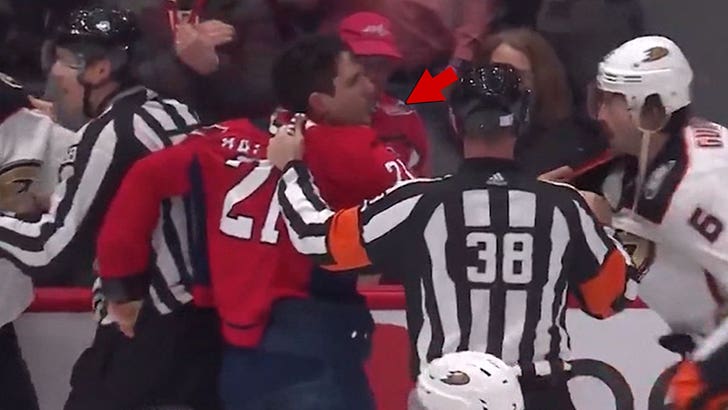 Courtesy of the NHL

A Washington Capitals player hocked a loogie and spit it all over an Anaheim Ducks player in a crazy brawl Monday night ... and the chaotic scene was all caught on video.

The spitter's name was Garnet Hathaway ... and during the second period of the Caps' game against the Ducks in D.C. -- he got into a tussle with some Anaheim players in a wild play behind the Ducks' net.

The Caps were putting it on Anaheim ... and some of the Ducks took issue with Hathaway's physical play -- and started a scrap all while Washington was scoring a goal.

In the video, you can see Hathaway beating the hell of Ducks center Derek Grant ... before another Anaheim player, Erik Gudbranson, grabbed Hathaway as the fight was dying down.

Gudbranson got in a nasty left jab to Hathaway's face ... so, the Caps' fourth-liner responded with a big ol' gob of spit!!

By the way, here's the reason for the match penalty for Garnet Hathaway. pic.twitter.com/e3W97zFSKV

Of course, the saliva spray ignited another wild melee ... and eventually, the refs calmed down the whole scene by ejecting Hathaway.

After the game, 27-year-old Hathaway apologized for the spit ... but said he only did it because Gudbranson got in a cheap shot on him.

"The refs were trying to break it up, and it felt like there was a couple sucker punches thrown, and I got one there quick and then reacted a little emotionally," Hathaway said. 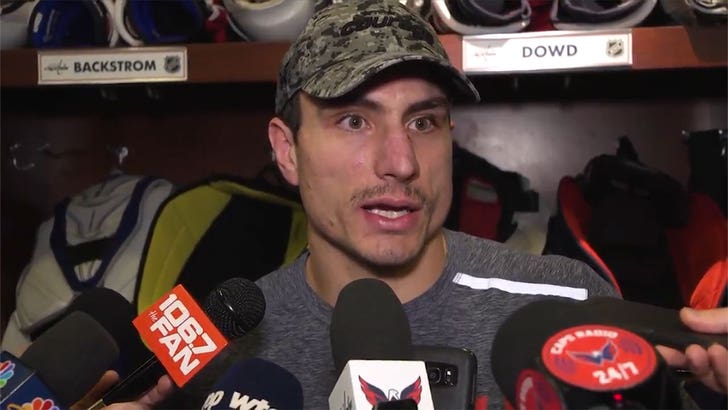 "And, unfortunately, spit came out of my mouth after I got sucker punched and it went onto him."

As for Gudbranson, he was pissed over it all, saying afterward, "That’s about as low as you dig a pit, really ... it's a bad thing to do. It’s something you just don’t do in our game, and he did it."

Unclear if the NHL will punish Hathaway for the spit ... and the winger said only "time will tell" if he'll have to serve a suspension over the altercation.

By the way, Hathaway ended up with the last laugh ... the Caps won the game, 5-2, and are still considered the best team in the NHL this year. 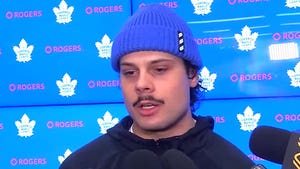 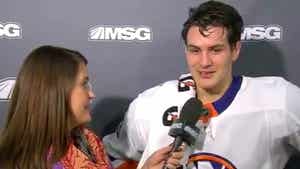 You Might Want to Rethink NHL TMZ Sports Fights & Feuds