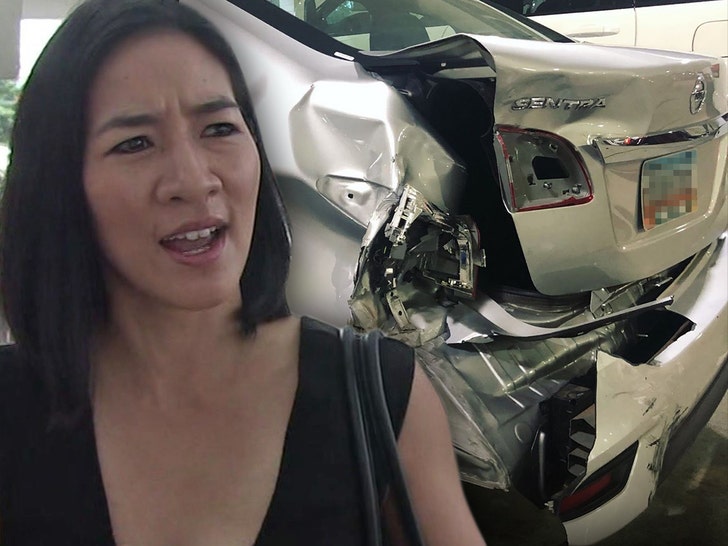 Terrifying moment for figure skating legend Michelle Kwan -- who was involved in a bad crash in South Carolina on Friday after a mattress fell off a car on a highway.

The 39-year-old Olympic medalist was driving on Interstate 26 in Columbia around 6 AM when a driver in the fast lane "dropped a massive mattress" in the middle of traffic.

Kwan tried to avoid the mattress, but in the chaos, she was hit by another driver. Kwan says the car that dropped the mattress sped off when the driver saw the damage on the road.

"Luckily the driver who hit me was paying attention and slammed on his breaks - he still hit me hard."

Kwan -- who was driving a rented Nissan Sentra -- says she's grateful she wasn't pushed into oncoming traffic, where cars were racing around 70 mph.

"Thank God nobody was hurt," Kwan says ... "just felt very scared and now angry at the coward that drove away."

Kwan adds, "Sorry but just need to share and also remind folks to secure furniture or hire movers because you can really kill somebody."

In case you need a refresher, Kwan is one of the all-time greats ... she's been inducted into both the U.S. and the World Figure Skating Hall of Fames. 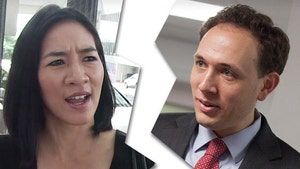