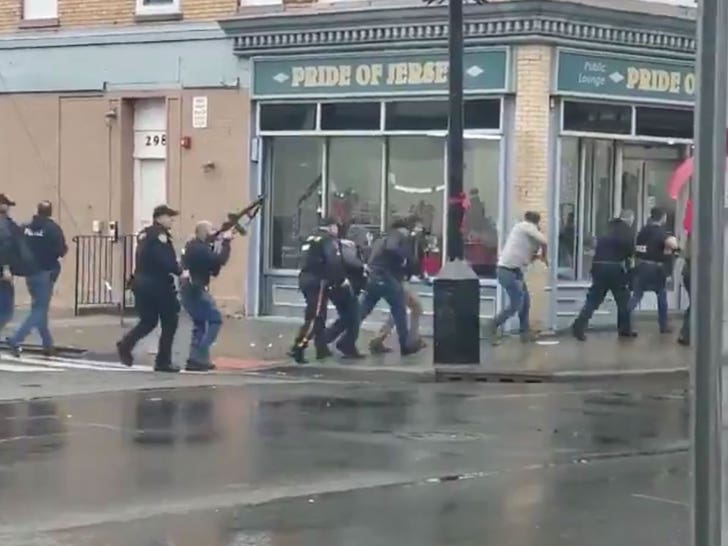 2:34 PM PT -- The number of fatalities has risen to 6. The dead include a police officer, 3 people who were inside the market and the 2 suspected shooters.

12:41 PM PT -- At least one police officer involved in Tuesday's shootout was fatally wounded, according to authorities.

More than one officer was shot as well. Gov. Phil Murphy confirmed as much in a tweet, writing ... "I have been briefed on the unfolding situation in Jersey City. Our thoughts and prayers are with the men and women of the Jersey City Police Department, especially with the officers shot during this standoff, and with the residents and schoolchildren currently under lockdown."

It appears the shooting is still being treated as active, no suspects have been taken into custody. Every school in the area has reportedly been placed on mandatory lockdown as well.

There's a massive battlezone unfolding in Jersey City, in which two reported shooters are holed up and firing out at police officers ... one of whom has reportedly been hit and wounded.

Reports of a shooting trickled out Tuesday morning, with initial reports indicating 2 different gunmen were barricaded in a bodega and firing out on the street with what's been described as a "long rife." Shots ringing out were captured on video, showing just how crazy the situation really is.

WATCH: Heavy gunfire is continuing in Jersey City at this time pic.twitter.com/UonFshfzY9

Several different agencies are reportedly responding and are on the move -- including ATF, local law enforcement and other authorities with guns drawn.

According to the NYT, at least one officer has been hit in the gunfire and is being transported to the hospital. One report says the officer was hit in the head. It's unclear how the shooting started, which still sounds very active.

A large crowd of people has gathered in the blocks surrounding the incident, many with their phones out and screaming as the whole thing unfolds.

Understandable ... this is pretty damn scary. 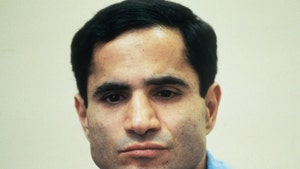