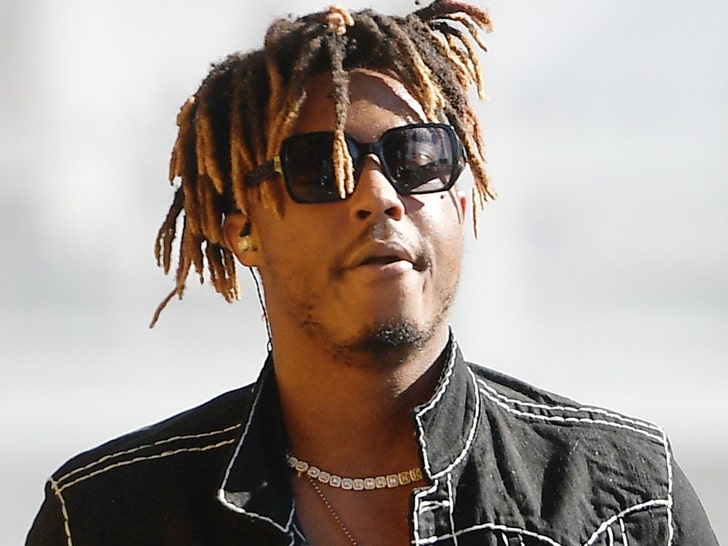 Juice WRLD's 2018 arrest at LaGuardia Airport had nothing to do with racial profiling -- so say law enforcement sources ... who claim it was a standard luggage check that led to his bust.

We broke the story ... the late rapper's friends are pissed because they believe his history of run-ins with cops at airports -- like the LaGuardia arrest -- show he was targeted, and they think it's simply because he's a rich, young, black man.

However, law enforcement sources tell TMZ ... Juice checked his bag at the NYC airport last year and it was put on a carousel at the ticket counter to go through the jumbo x-ray machine -- just like all the other checked luggage.

We're told JW's bag triggered an anti-terrorism alarm signaling organic materials were potentially inside ... which can be used to make bombs.

So, TSA conducted a search of the bag, but instead of discovering bomb-making ingredients ... agents allegedly found marijuana and bottles of codeine and notified law enforcement, which we're told is standard procedure.

Our sources say cops then searched the bag, confirmed it contained more than 2 ounces of marijuana and codeine and was Juice WRLD's luggage. We're told the rapper had already boarded his Southwest flight by that time, but cops got to him before it took off ... and arrested him once he admitted the bag and contents inside were his.

As we reported ... Juice was initially charged with misdemeanor possession of marijuana and possession of a controlled substance, but he eventually pled to a much lesser, non-criminal offense.

Regardless, the LaGuardia arrest narrative we got doesn't suggest any profiling ... at least in that instance. Details are still murky on why his private jet was searched at LAX in November.

Of course, a search of Juice's private jet at Chicago's Midway Airport Sunday morning preceded him suffering seizures ... which tragically proved to be fatal. The rapper allegedly swallowed a bunch of Percocet pills in an attempt to hide them from the feds.

The FBI ended up seizing 70 lbs. of marijuana from the flight, and two men -- Chris Long and Henry Dean -- were arrested for possession of handguns. It's believed the pilot reporting the handguns may have been the tip that led to the search of the private jet in the first place.