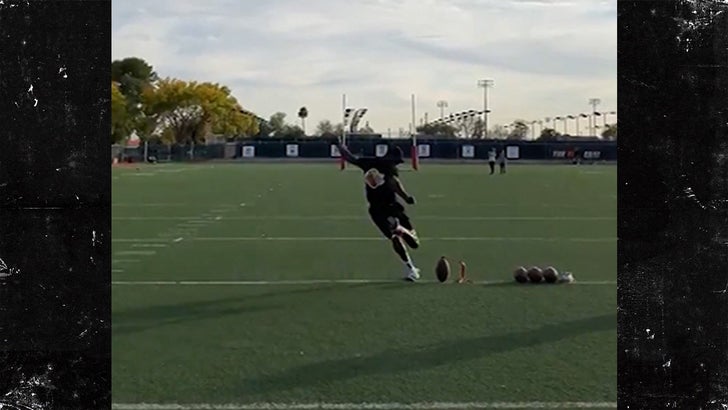 Maybe Chad Ochocinco's NFL career ain't over after all ...

The former superstar wide receiver showed he's still got at least some NFL talent left in his 41-year-old body ... hitting a 60-yard field goal -- without a cleat on his plant foot!!

Unclear where the insane boot went down at ... but you can see in the video, Chad went absolutely NUTS after flushing the ball over the crossbar with room to spare.

As for why the kick happened ... Ochocinco was booting field goals as part of a Bleacher Report game show -- where one fan bet Chad could make a 60-yarder in three tries.

The other two attempts weren't so hot ... but it's clear the ex-Bengals superstar could probably kick better than some guys in the NFL today (looking at you, Brett Maher).

Of course, Chad certainly knows that ... 'cause on the show, he straight-up said on cam, "Make sure NFL teams get that video!"