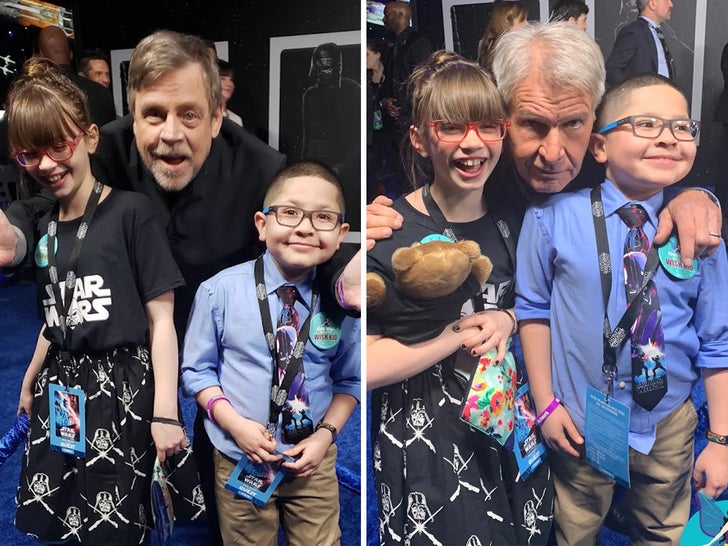 Harrison Ford, Mark Hamill and the cast of "Star Wars: The Rise of Skywalker" gave a couple of kids an out-of-this-world experience ... granting them an AWESOME wish!!!

The Kids Wish Network flew out Addisyn, Ayden and their families to L.A. for the world premiere of one of the most highly-anticipated films in years. The kiddos walked the blue carpet earlier this week and soaked up the adoration of hardcore 'Star Wars' fans.

The best part ... Addisyn and Ayden got to meet the entire cast!!! From Harrison and Mark to Adam Driver, John Boyega, Oscar Isaac, Billy Dee Williams and director J.J. Abrams.

The little ones sported grins from ear to ear as they walked alongside the cast that also included droids C-3PO and R2-D2. When the meet and greet was over ... the kids headed inside the Dolby Theater where they were one of the few to watch the film before the rest of the world. When the film ended ... the kiddos ALSO hit up the afterparty!!!

Now that's one helluva experience ... and incredible work by the Kids Wish Network, which is an org dedicated to improving the quality of life for children with life-threatening conditions.

Great work all around. 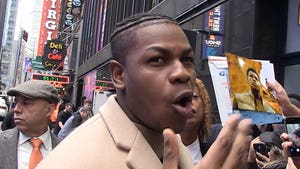