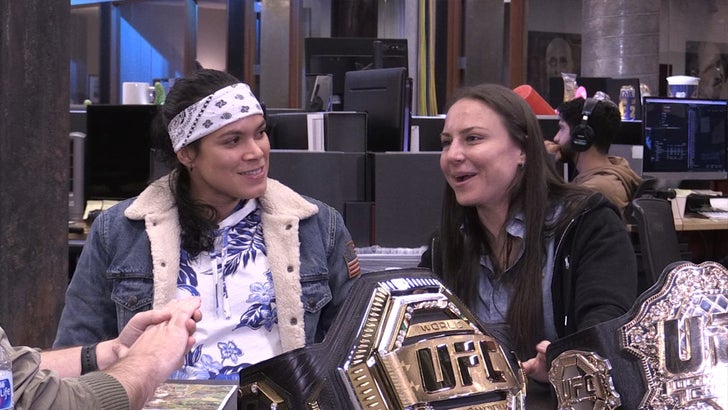 Well, it can ... but Nina tells TMZ Sports she ain't exactly putting her career on hold when she gets pregnant with Amanda Nunes' baby.

Of course, Amanda ain't the only world-class fighter in the relationship -- 34-year-old Nina is the #5 ranked strawweight contender in the UFC. She's a killer.

But, with the two decided to expand their family in 2020 -- and Nina being the designated baby carrier -- we asked the two how it will affect her career in the Octagon.

"I’m taking a year off," Ansaroff says ... but when she returns, Nina says she plans on moving up a weight class and competing in the 125-lb flyweight division.

"I’m gonna be training throughout my pregnancy. I’m gonna stay in shape. I’m not gonna, ya know, just like not do anything and jump in."

Obviously, Nina isn't planning on taking contact during the pregnancy (or doing anything that will endanger the child) ... but she wants to keep herself in fighting shape as best she can.

"I’ve never had a baby before. So I don’t know what to expect."

As for Amanda, she obviously supports Nina -- but doesn't want her to rush back to the Octagon too soon ... a mistake she feels Mackenzie Dern made earlier this year.

Dern took a fight just 4 months after having a baby and lost her Oct. 12 comeback bout vs. Amanda Ribas via unanimous decision.

"I don’t want Nina to come back very fast like that," Nunes said ... "Let it heal. Come down. Nothings gonna go anywhere. What is supposed to be is gonna be." 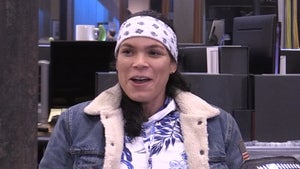 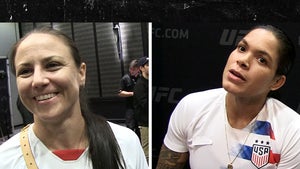