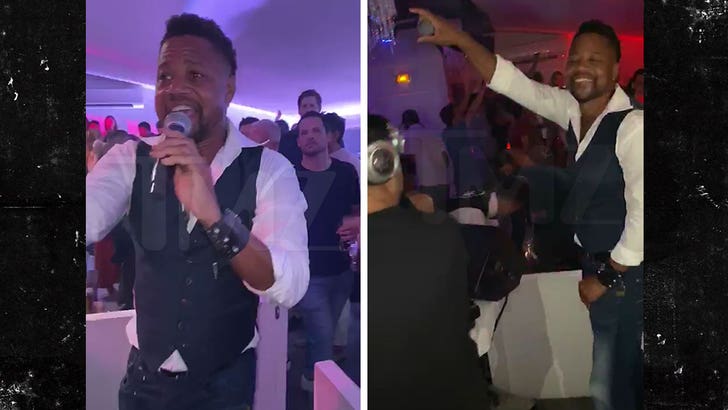 Cuba Gooding Jr. celebrated his 52nd birthday without a trace of trepidation over his impending criminal trial for sexual misconduct.

The actor partied hard at Julien Roussel’s Casa Nightclub in St. Barts Thursday night, and looked more than comfortable getting on the mic and leading the crowd in singing Journey's feel-good hit, "Don’t Stop Believin’."

We're told Cuba stormed the DJ booth -- run by DJ Shortkutz and Chris Magic -- as soon as they cranked the song up, and as you can see ... he was feeling it.

Cuba's bday bash coincided with a 1 OAK pop-up at the club hosted by owner Richie Akiva, and we're told Gooding Jr. stayed and partied all night long. Along with singing, he also busted out some interesting dance moves to "Uptown Funk" and "In Da Club."

As we've reported ... Cuba's set to go on trial in Manhattan in less than 3 weeks for sexual misconduct. He's facing 6 misdemeanor charges stemming from 3 separate alleged incidents in NYC, including forcible touching and sexual abuse.

He's also seen the sexual misconduct allegations against him pile up after 7 more women came forward last month ... bringing his total number of accusers to 22.

It doesn't seem to be weighing heavily on his mind though ... at least not on his birthday, and at the start of a new decade. 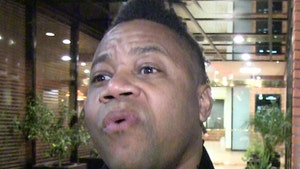 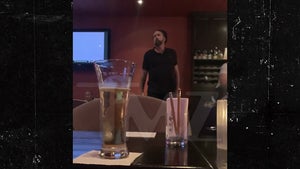