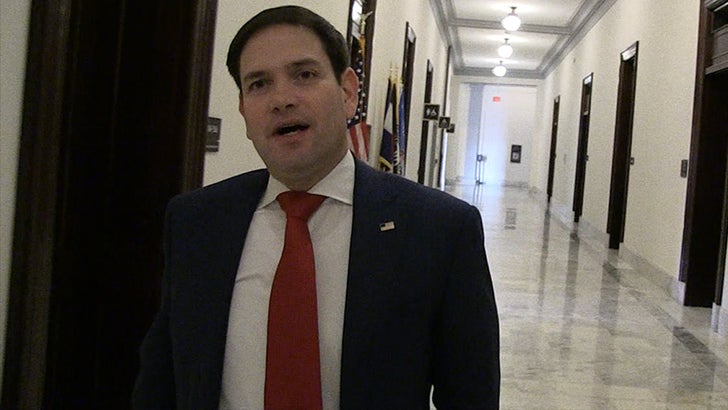 The Clemson vs. LSU championship game on Monday will be one of "the more secure places in America" -- with fighter jets patrolling the skies -- so says Sen. Marco Rubio.

With Iran vowing revenge on the U.S. -- and reportedly offering an $80 MILLION bounty on President Trump -- some people are concerned the Superdome could be a major target, especially since Trump is scheduled to attend the game.

But, Rubio isn't concerned one bit ... in fact, he believes Trump's presence will ensure top-notch safety efforts and insists fans should focus on enjoying the game.

"[Trump] being there will probably make it one of the more secure places in America for those 3 hours that he's there," Rubio tells TMZ Sports.

"It's already tight security to begin with because of the size of the event, but him being there will be even more so."

Rubio continued ... "I kind of understand what he travels with in terms of security and all of the things he brings with it. The whole airspace is restricted. They'll have fighter jets up there. So, not your typical event."

As for Trump, he addressed the nation Wednesday morning and flexed on Iran -- saying, "Our missiles are big, powerful, accurate, lethal and fast."

Trump: "Our missiles are big, powerful, accurate, lethal and fast. … The fact that we have this great military equipment, however, does not mean we have to use it. We do not want to use it." pic.twitter.com/gwVAJubxCJ

"The fact that we have this great military equipment, however, does not mean we have to use it. We do not want to use it."

He ended his remarks with this -- "To the people and leaders of Iran, we want you to have a future and a great future, one that you deserve. One of prosperity at home and harmony with the nations of the world."

"The United States is ready to embrace peace with all who seek it." 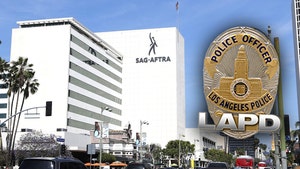 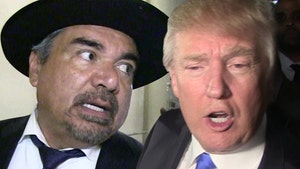