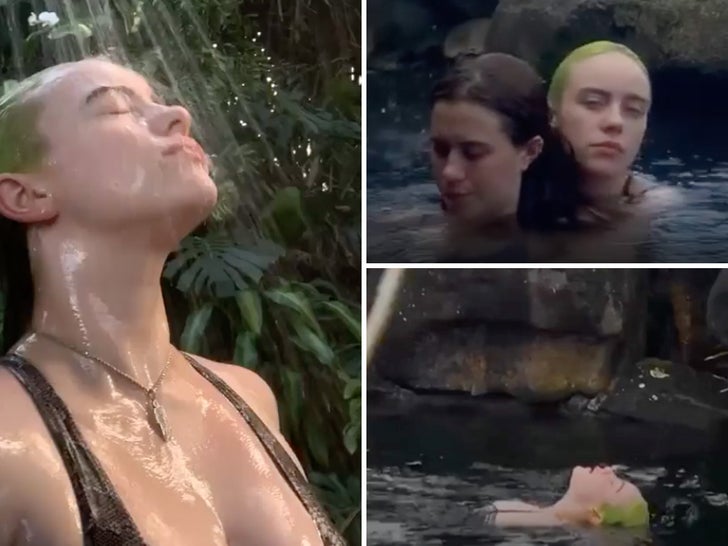 Billie Eilish is ripping a page out of Mark Wahlberg's playbook ... by living it up in Hawaii.

The Grammy-nominated singer's in the Aloha State having a blast with her friends. In a rare wardrobe move ... Billie rocks the hell out of a bathing suit. We're so used to seeing her in baggy clothing ... but when in Rome, right? 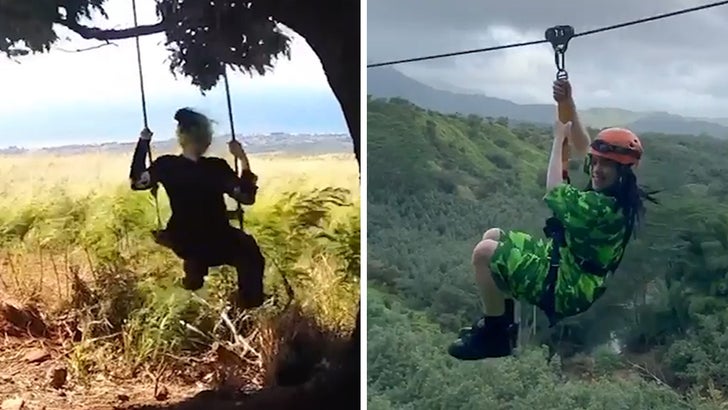 Looks like a few friends joined her on the trip and they went on quite the excursion ... from zip lining and kayaking to going on a sick helicopter ride and swinging into a lake. She also shared what looks like a Jacuzzi with a friend ... never mind the rain.

And, even though the weather hasn't been cooperating ... Billie still managed to have an incredible photo of her looking outside a helicopter window with a perfect rainbow as her backdrop.

Billie, of course, has been nominated for 6 Grammys ... including Album of the Year, Record of the Year, Song of the Year and Best New Artist. "Ocean Eyes" was arguably the song that put her on the map but "Bad Guy" is what's now earned her critical acclaim.

She's clearly got a reason to celebrate. 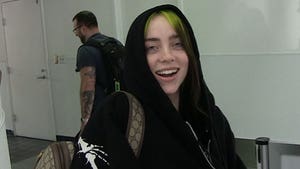 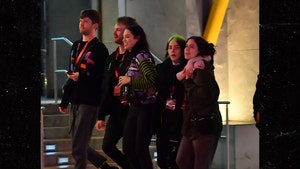