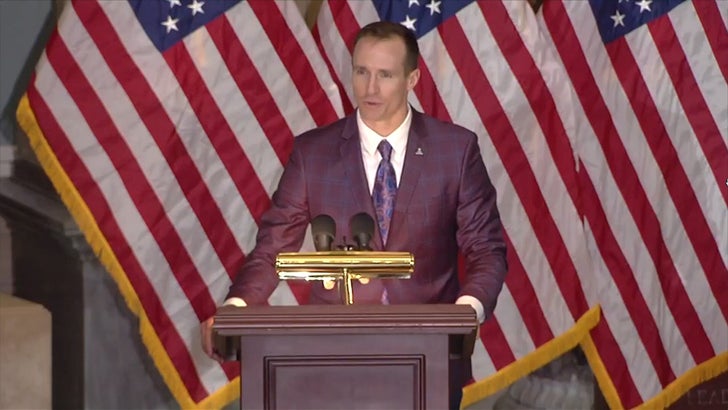 3:35 PM PT -- We got Philadelphia Eagles Super Bowl hero Chris Long leaving the event ... and he told us he was blown away by the ceremony, calling it all "awesome." 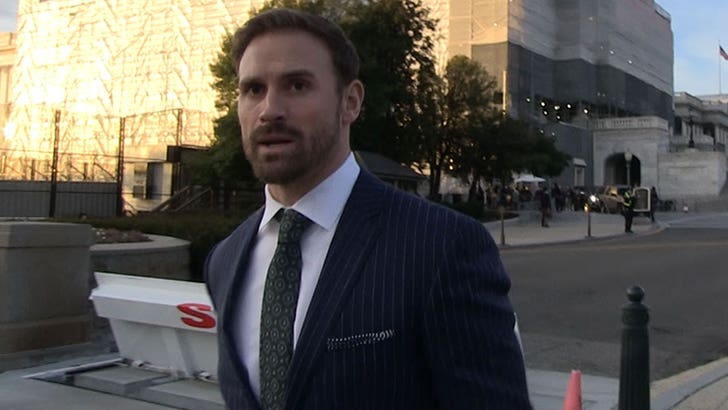 Drew Brees got choked up talking about his former teammate Steve Gleason at his Congressional Gold Medal ceremony Wednesday ... and the moment was insanely emotional.

Gleason was being honored in D.C. for all of the incredible work he's done to fight ALS since his diagnosis back in 2011 ... and when Brees -- Gleason's teammate in New Orleans in 2006 -- stepped up to the mic, he delivered a powerful speech about his good friend.

Brees explained how back in 2011 before a Saints Wild Card game ... he learned of Gleason's tragic diagnosis through an e-mail -- and broke down on the team bus.

But, Drew says Steve was nothing but positive despite the tragic news ... saying he told the Saints QB he was going to live until he was 109 years old!!

You can tell ... Gleason means A TON to Brees -- 'cause Wednesday was not only Drew's 41st birthday, but his son's 11th as well. But, Brees said, "There is no place we'd rather be than right here, right now." 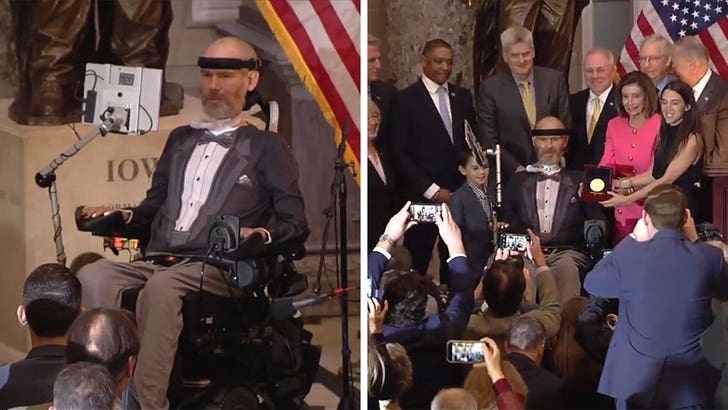 Gleason's whole ceremony inside of National Statuary Hall was awesome ... everyone from Nancy Pelosi to Chuck Schumer raved about the ex-Saints DB for all of his work fighting ALS.

FYI, Steve's been a pioneer when it comes to helping people live with the disease ... aiding in the creation of speech-generating devices and spearheading the largest coordinated and collaborative ALS research project in the world.

Here’s what the Gleason Congressional Gold Medal looks like. pic.twitter.com/kFsXa3Duyh

As for his award Wednesday, it's prestigious as hell ... only a handful of Americans have EVER earned the honor -- with Gleason being the first NFL player to do it.

Steve vowed in his speech while accepting the award to continue to fight the disease ... and he pleaded for others to help move humanity into a better place moving forward as well. 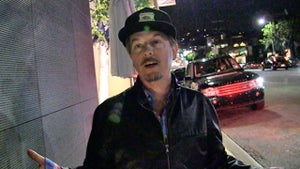 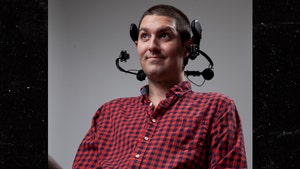