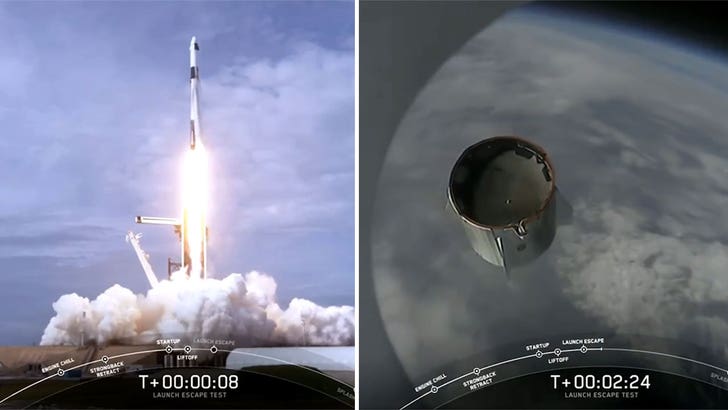 SpaceX had a great day Sunday ... its Crew Dragon spacecraft performed flawlessly in a maneuver critical to manned space flight.

The Falcon 9 rocket blasted off at Kennedy Space Center in Florida at around 10:30 AM ET.  The point of the unmanned mission ... to test the in-flight abort system. 84 seconds into the flight, when the spacecraft is 60,000 feet above mother Earth, the mission gets scrubbed and the rocket separates from the crew capsule, propelling it at warp speed away from the rocket.

It worked flawlessly, and it was a beautiful sight.

The crew capsule came down in about 10 minutes, parachuting safely to Earth so the folks at SpaceX in Hawthorne can study the data.

Elon Musk and co. are expected to send an astronaut into space sometime this year. 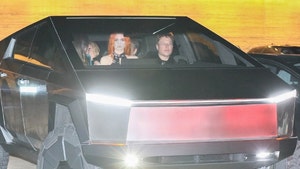