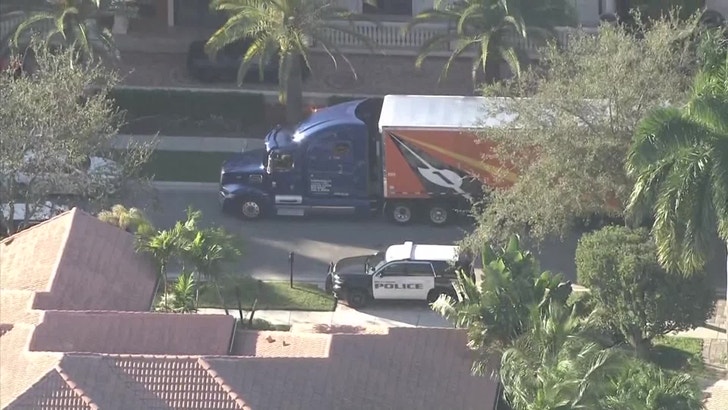 1:30 PM PT -- A police source tells TMZ Sports ... Antonio Brown is a suspect in a felony battery and burglary case stemming from an incident with a driver who works for a moving company.

We're told cops are actively working on getting a warrant for Brown's arrest and they're trying to work with the NFL star to get him to surrender peacefully.

Our source says a man who was with Brown at the time of the alleged altercation has already been arrested.

There are a TON of police officers in front of Antonio Brown's home in Hollywood, Florida, TMZ Sports has confirmed ... and we're being told it's an "active scene."

Unclear exactly what triggered the call but a neighbor told us there are a handful of squad cars in front of AB's home ... and there is someone in the back seat of one of the patrol units.

A police source tells us Antonio is NOT in custody but added, "at this time."

Two independent sources tell us it appears someone has been injured -- though the details are still unclear. We're working on it.

It's not the first time cops have been at AB's home in the past few months -- in fact, they've been there a lot to deal with issues involving child custody issues with Brown's ex, Chelsie Kyriss.

The last time cops were at Brown's home, he not only berated Kyriss in front of their children and threw a bag of gummy penises at her -- but also cussed out the responding police officers.

The Hollywood PD has since issued a statement saying they are ending their relationship with Brown and refunded a donation he made to help fund the Dept's 7-on-7 football league. 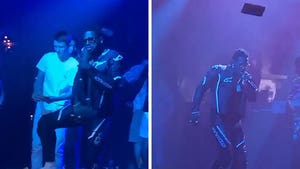 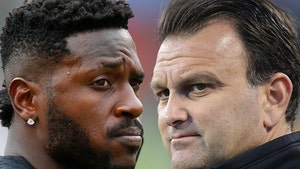 Drew Rosenhaus to Antonio Brown, 'I Will Always Try To Help You'