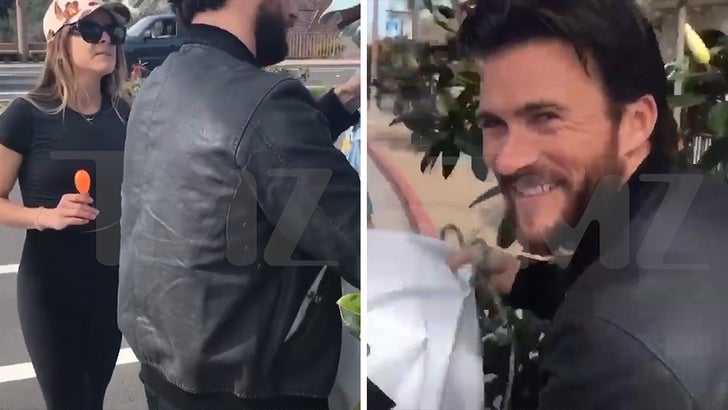 Scott Eastwood allegedly tried to pull a fast one and pose as a city official while taking down banners protesting a massive development project ... but he got caught in the act and it's all on video.

Here's the deal ... folks in Del Mar, CA are protesting a proposed luxury resort atop 16.5 acres of oceanfront land north of San Diego, and they're voicing concerns with signs and banners around the town.

Scott showed up to a demonstration Sunday at the Del Mar Plaza, telling protesters he was with the city and ordering them to take down signs and banners ... at least according to folks on the ground.

Check out this video ... protesters recognize Scott, who is busy screwing with a banner, and tell him they've got prior approval to keep the signs up. Clint Eastwood's son realizes he's been outed, and he smirks before hightailing it outta there as people start hurling insults.

It's interesting ... Scott owns a bar and some small businesses in the area, and protesters are under the impression he's an investor in the proposed resort.

We reached out to reps for the actor ... no word back, so far. 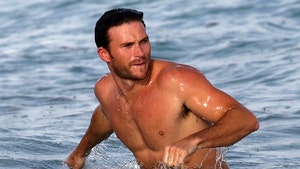 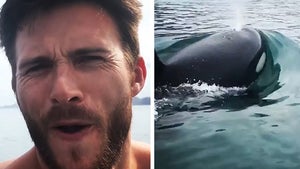 Scott Eastwood Has a Very Close Encounter with Orcas in Mexico