Kylie Jenner's put up a billboard smack in the middle of WeHo that kills 2 birds with one stone -- celebrating Stormi's birthday and hawks the kiddo's new makeup collection.

The massive bday card -- in a prime location on Santa Monica Blvd -- shows Kylie gently cradling Stormi, who turns 2 on February 1. Obviously NOT coincidentally, Kylie's also adding to her cosmetics empire on that day ...with makeup products inspired by Stormi.

Kylie's dubbed the collection, naturally, the Stormi Collection -- and says it's something she's been waiting for since the moment she found out she was pregnant.

She says it's dedicated to Stormi and inspired by her, but the kiddo also lent a helping hand. There are butterfly-themed packages of lip kits, blushes and mini eye shadow palettes with pastel and glitter shades.

At this rate, Stormi might end up snatching Mom's crown for youngest billionaire in history. 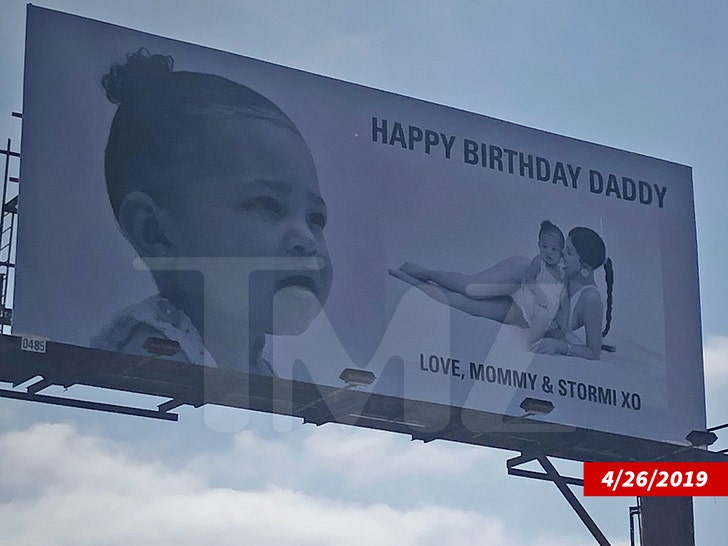 Kylie Jenner and Travis Scott Together with Stormi at Disney World