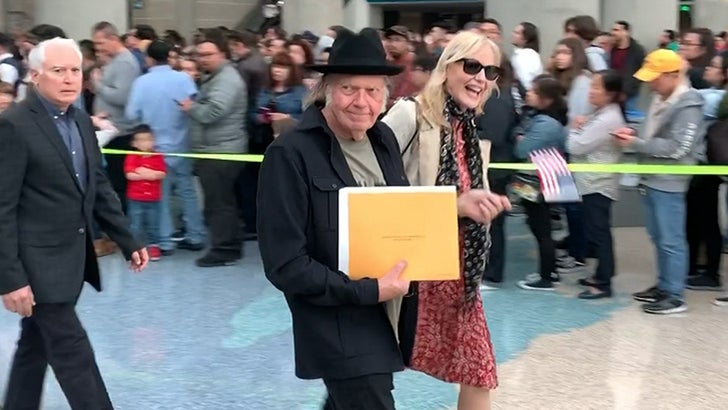 Neil Young's officially ready to keep on rockin' in the free world, and soon ... he'll be free to express his hatred for Donald Trump in a voting booth.

The legendary rock 'n' roll artist was granted U.S. citizenship Wednesday at the Convention Center in downtown L.A. ... and he's clearly proud to be an American.

Accompanied by his wife, Daryl Hannah, Neil excitedly waved his mini Old Glory as he left the Oath Ceremony while clutching his naturalization documents. 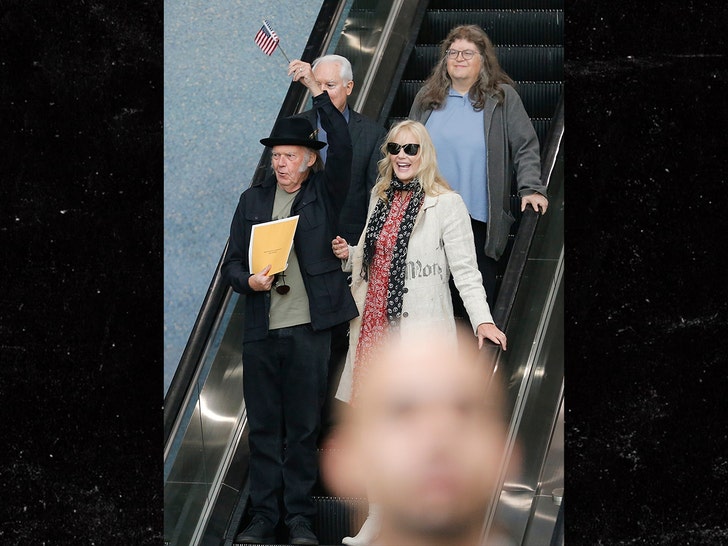 If ya don't know ... Neil's from Canada, but he's been a Southern (California) Man off and on since the '60s, and he recently decided to pursue dual citizenship so he could vote in the 2020 election.

His plan got delayed, though, because he answered honestly about past marijuana use on his application ... which triggered an alert implemented by former Attorney General Jeff Sessions stating "an applicant who is involved in certain marijuana related activities may lack GMC (Good Moral Character) if found to have violated federal law."

He's made it known he's no fan of the current President, saying ... "I hope that people vote him out and I hope there's somebody reasonable to put back in there when they get rid of him."

Neil has specifically criticized Trump for his response to the 2018 California wildfires -- in which his home was destroyed -- and forbade him from using his hit song "Rockin' in the Free World" at his campaign events.

So, at the very least ... it seems whoever goes against Trump just gained one additional vote. 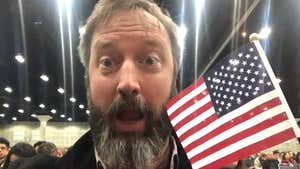