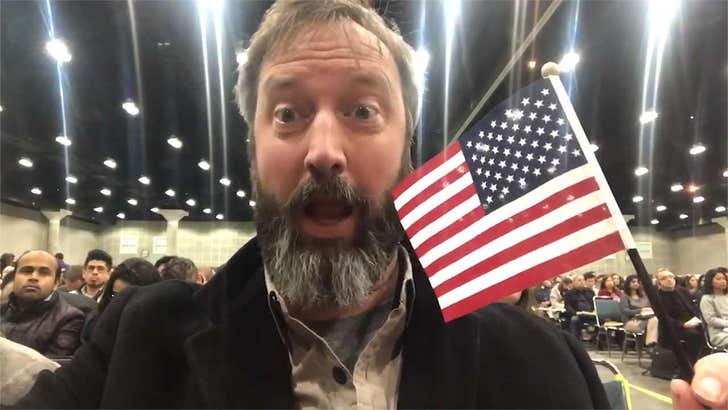 The comedian went through the naturalization oath ceremony Wednesday at the L.A. Convention Center along with hundreds of others. As you probably know, Tom was born in Canada but he's lived in the U.S. for two decades.

Check out the clip ... Tom couldn't contain his excitement as he proudly waves a U.S. flag. BTW, the same could NOT be said of President Trump who had a message for the newly naturalized citizens.

The obvious question ... what took so long? Tom tells TMZ ... being a standup comedian and commenting on society is great, but after living in America for 20 years now, he wanted the opportunity to vote and take part in the democratic process.

Make no mistake ... Tom bleeds Canada's red and white, and he's in no way turning his back on Canada. He's just now making room for America's red, white AND blue. And, he's showing both countries love ... 'cause now he has dual citizenship.

He knows his U.S. history too -- bet ya can't name every prez as Tom did while on "Celebrity Big Brother." 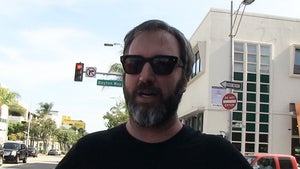