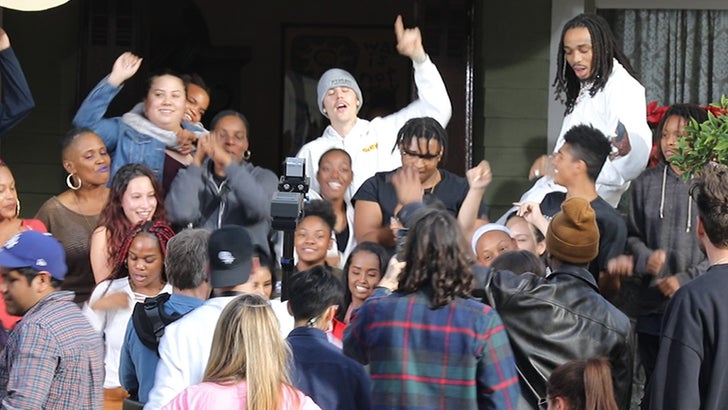 Justin Bieber is singing, smiling and dancing again ... putting in the work for another new music video with his buddy and Migos rapper Quavo.

Biebs was spotted in L.A. Friday outside of a daycare facility, he also had a photo and video crew in tow. It's unclear if the visit was planned or a surprise ... but Justin had a bunch of people join him on the steps in front of the cameras.

It's hard to tell exactly what's playing on speakers set up around the crew, but there's definitely music and we're told it's a new single for the Beliebers.

Rapper Quavo from Migos was also there -- the two have collabed before -- so it makes sense the pair have another single on the way.

Justin has already released one single this year titled "Yummy" ... but he's got some big months ahead. He's got a documentary, tour and new album on the way ... and this new video could very well be a preview of what's to come. 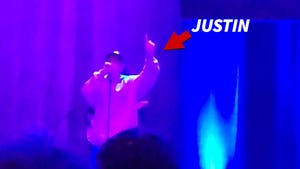