Some of the biggest tennis stars in the world showed love to Kobe Bryant at the Australian Open on Monday ... from Nick Kyrgios to Rafael Nadal and Coco Gauff.

24-year-old Kyrgios was particularly emotional before the 4th round matchup against Nadal -- wearing Bryant's #8 Lakers jersey and choking back tears as he warmed up at Rod Laver Arena in Melbourne.

After the match, which Nadal won, Rafa put on a Lakers baseball cap and led the crowd in a round of applause for the 41-year-old NBA star.

"What can I say? I woke up this morning with this terrible news," Nadal said during the on-court post-game interview.

"It's super sad. He was one of the greatest sportsmen in history. He deserves a big round of applause. It's one of these days that you want to forget but of course, Kobe Bryant will be in our hearts and in our minds for the rest of our lives." 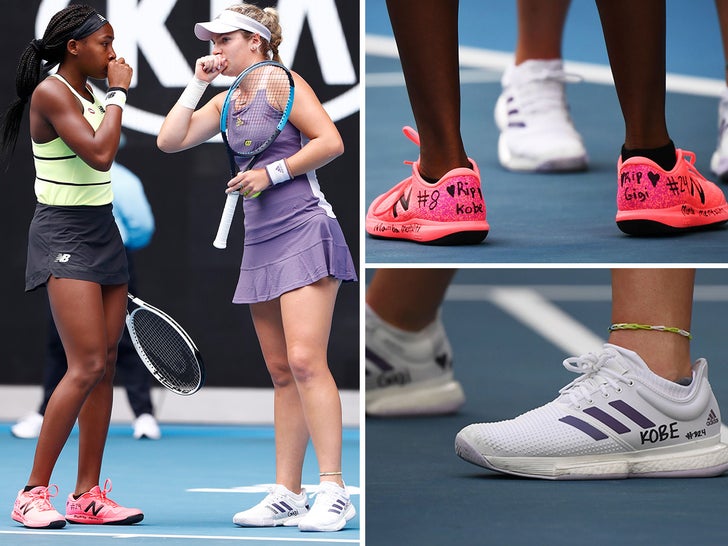 Coco Gauff and Catherine McNally also honored Kobe by customizing their tennis shoes. 15-year-old Gauff -- from Atlanta -- wrote "RIP Kobe" on one shoe and "RIP GiGi" on the other. 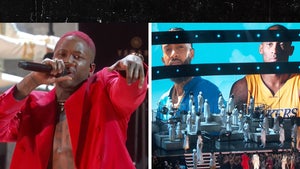