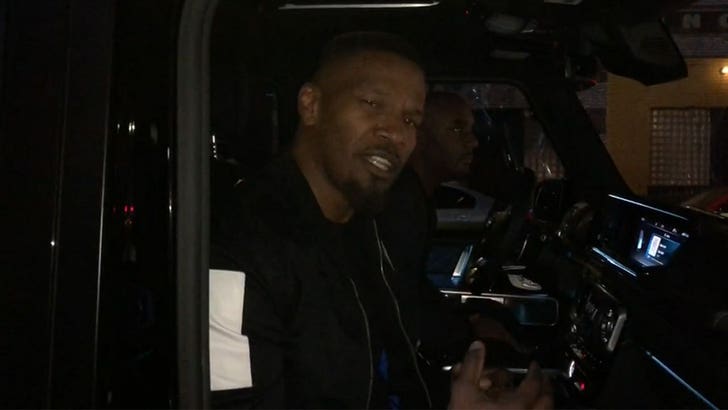 Jamie Foxx, like the rest of the world, is still in shock over Kobe Bryant's death -- that's obvious in this video -- but he mustered the strength to honor the "legendary" baller.

The Grammy and Oscar winner was out Monday night leaving Tao in Hollywood when a photog asked if he had any words for Kobe's family. and friends. He got a bit choked up, but then spoke earnestly about how Kobe "made us think about love."

Jamie went on to get pretty deep -- talking about Kobe's transition from being a "legend" in life to what he can be now. He also talked about God's plan, and doubts people might have in the wake of such a tragedy.

TMZ Sports broke the story ... Kobe, his 13-year-old daughter and seven others perished Sunday when the helicopter they were riding in crashed in Calabasas.

Jamie himself took to Instagram Monday and dedicated 6 different posts to Kobe, Gianna and the rest of the victims.