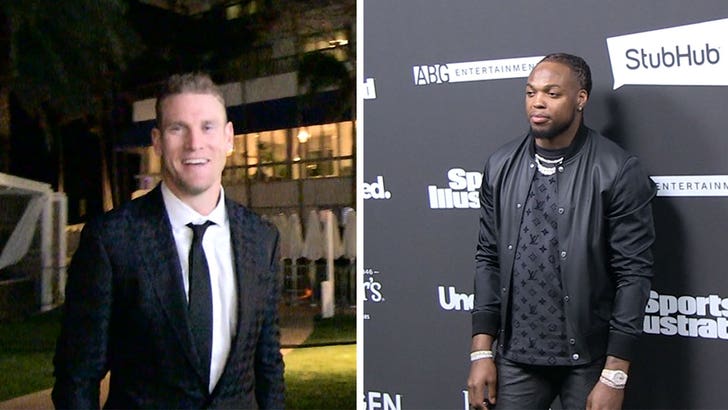 Every teammate needs a guy like Ryan Tannehill ... 'cause here's the Tennessee Titans QB hyping up his star running back Derrick Henry ... while calling for him to get a HUGE payday.

It all went down outside the Sports Illustrated Super Bowl party down in Miami ... when we asked RT why he wasn't posing for pics with his buddy -- and he had a PERFECT explanation

"You see how much drip he has on? I can't stand next to him," a diamondless Tannehill told us at the Sports Illustrated party in Miami.

That's when we got into some football talk with the QB and asked him what kinda payday Henry should get in free agency ... and they better get the Brinks trucks ready.

"Drip, drip ... pay the man!" Tannehill says when we ask if Henry should be the highest-paid running back in the league.

FYI -- the current highest-paid running back is Zeke Elliott ... who's currently got a 6-year, $90 million deal.

So, if Tannehill has his way, there will be a LOT more drip coming Henry's way. 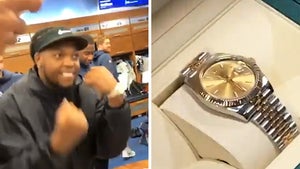 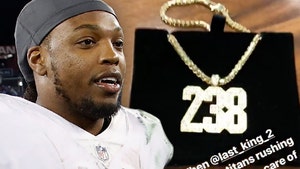