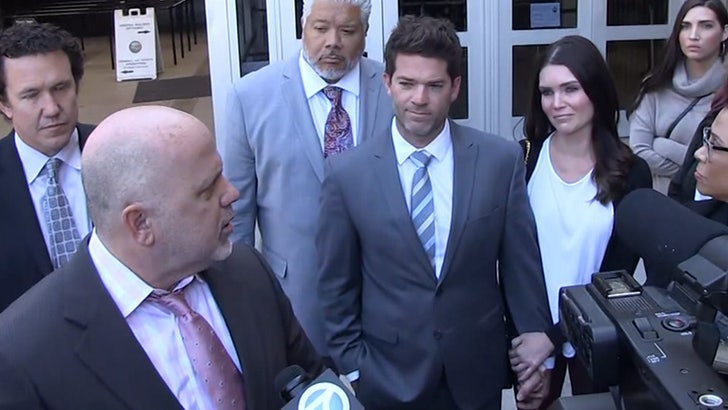 12:54 PM PT -- Philip Kent Cohen, attorney for the couple, told reporters the judge's decision is surprising but feels ultimately it'll be very good for a third entity to see why the charges should be dropped. He likened the disappointment to waking up on Christmas and seeing an empty tree. But, he's adamant ... "whatever questions the judge had and may have will be sufficiently and significantly and overwhelmingly answered when he gets to see the reports."

The couple did NOT talk to reporters and Cerissa was emotional during Cohen's presser.

11:31 AM PT -- The hearing has ended and judge has ordered the prosecutors to submit their briefings, saying, "So that I can have a better understanding of the facts involved." The charges were NOT dropped and everyone is to return to court April 3.

11:24 AM PT -- The judge has not yet agreed to dismiss the case and has requested briefings from both sides before making a decision.

9:11 AM PT -- There's a 9 AM hearing going on right now, but there will be a news conference immediately afterward where Dr. Robicheaux and Cerissa are expected to speak about the charges being dropped. We'll be streaming live. 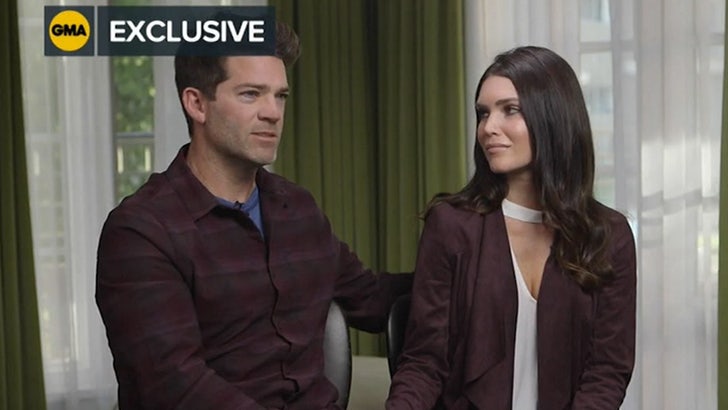 The Newport Beach surgeon and his girlfriend, who were charged with drugging and raping women and facing decades in prison, are breathing a huge sigh of relief Friday ... the charges against them will be officially dropped.

Dr. Grant Robicheaux and his GF, Cerissa Riley, have been in the crosshairs of a former O.C. prosecutor for a year-and-a-half ... for allegedly using their good looks and drugs to lure women to their home and rape them in an unconscious or semiconscious state.

But, the D.A. who defeated Rackauckas -- Todd Spitzer -- claims the prosecution was bogus and there was no evidence of sexual assault. Spitzer says not a single video shows any evidence of an unconscious victim or sexual assault, adding this was a shocking and transparent attempt by Rackauckas to win reelection.

Today Spitzer will formally drop all charges against the couple. The alleged victims may be allowed to testify during the hearing.

The couple has maintained their innocence from the start, and Riley told "Good Morning America" the decision by O.C. District Attorney Todd Spitzer to drop the charges has allowed her to "breathe again" and she feels like she's finally awoken from a nightmare.

Robicheaux says they're still in a state of shock and disbelief this happened to them, and they both insist they never even thought they were crossing a line with any of the women they had sex with.

Despite their relief, Robicheaux and Riley feel their lives have been ruined by the allegations and the story going nationwide ... and it's going to be a struggle going forward for quite some time. 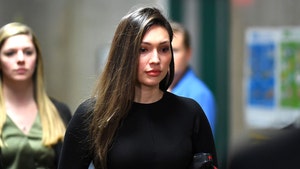