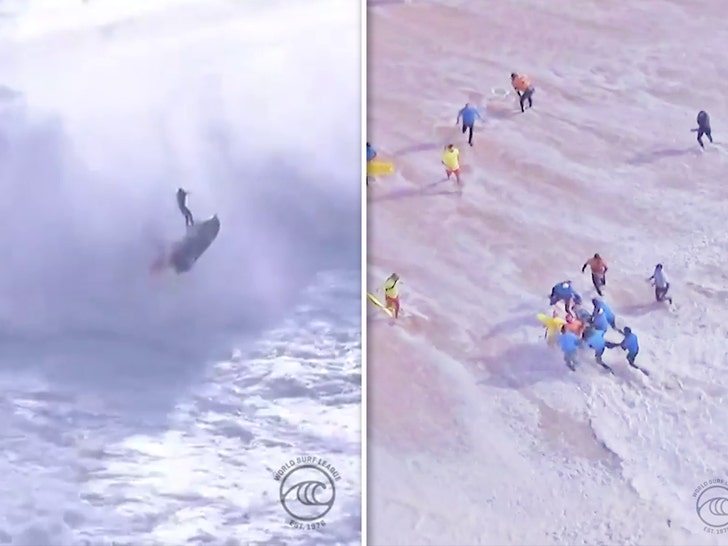 Big Wave pro-Alex Botelho was hospitalized after suffering a serious accident in a surfing tournament ... and the video of the crash is absolutely wild.

The 29-year-old Portuguese surfer was participating in the Nazare Tow Surfing Challenge when he had a scary wipeout and had to be saved by a Jetski pilot.

The situation got much worse when a massive whitewater wave rushed towards them and knocked the 2 people off the Jetski.

But, then things took an even worse turn when another wave came through and sent them flying through the air.

Botelho appeared to be unconscious by the time he washed to shore ... with emergency rescuers sprinting into the water to help out.

The surfer was taken to a nearby hospital where he's currently recovering ... and thankfully, the World Surf League says he's stable and conscious.

"A heartfelt thank you to the safety and medical teams for their quick response. We are wishing Alex a full and speedy recovery," the league said in a statement. 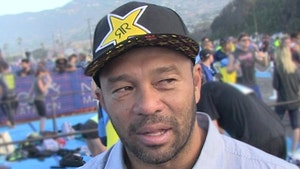