John 'Sonny' Franzese, Sr., an Italian-American mobster who served as a Colombo crime family underboss and even had his finger in the movie biz ... is dead.

Sonny served as an underboss of the Colombo family from 1964 to 1967, when he was sentenced to 50 years for bank robbery. He was paroled in '78 but prison became a revolving door. He went back and forth 6 times for crimes that included extortion.

He may have done worse ... in 2006, he talked about techniques for mob murders with a man who turned out to be a secret government informant who was wired. One of the things he said ... he put nail polish on his fingertips before murdering someone to avoid leaving fingerprints at the scene of the crime ... of course, to blunt DNA testing.

Interesting fact ... His son, John Franzese, Jr., testified against him in one of the trials. It marked the first time the son of a New York mobster turned state's evidence on his dad.

Sonny died in a nursing home in upstate New York. One of his daughters was by his side when he passed. We're told he died of natural causes.

Sonny was dubbed "The nodfather" for falling asleep during one of his trials.

Franzese was born in Naples, Italy in 1917. He and his family moved to NYC when he was a child. He had 8 kids and 18 grandchildren. 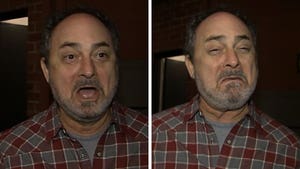 Kevin Pollak Says 'The Irishman' Was Great, But Stars Were Too Old 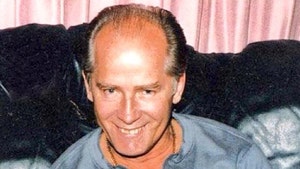