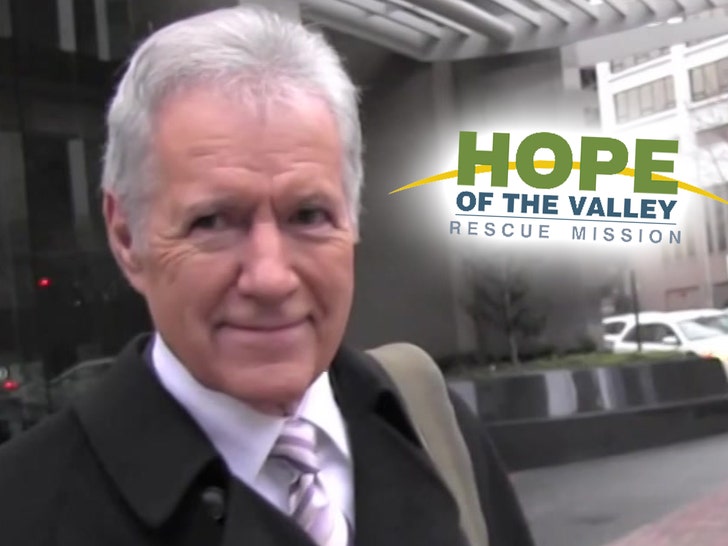 Alex Trebek proves time and again he's selfless despite his own personal struggles ... this time, lending his hand to L.A.'s desperate homeless crisis.

The beloved game show host donated $100k to the Hope of the Valley Rescue Mission ... a nonprofit focused on preventing, reducing and eliminating poverty, hunger and homelessness. It provides nearly 290k hot meals and 93k nights of safe shelter every year.

Ken Craft, founder and CEO of the org, tells TMZ ... Alex, a modest donor to the org over the years, recently called requesting a tour of a new shelter being built in North Hollywood ... which will house nearly 85 beds, bathrooms, laundry room and a commissary.

Not long after the visit, Alex -- in the midst of battling stage 4 pancreatic cancer -- invited Ken over to his house to talk about the shelter's financial plans. Ken says it was in that meeting when Alex slipped an envelope and said, "I hope this helps a little bit." It was a check for $100k. Naturally, Ken teared up.

Ken says Alex invited him and his wife to a "Jeopardy!" taping ... and during a commercial break, Alex brought them on stage. Ken says Alex told the audience, "I don't normally do this, but I wanted to bring these two people on stage because they are making a difference in L.A."

Alex's contribution will go a long way to footing the bill for hot meals, transportation, on-site medical service. We're told Alex didn't earmark the donation for anything specific ... he just wanted to help fight the homeless battle. Easy to see why Ken says the org will name part of its new shelter after Alex and his wife, Jean.

Alex is one of the most charitable people in Hollywood.  He's not interested in private jets, fabulous vacation houses, etc.  He wants to do good with his money, and donate to a variety of worthy causes. 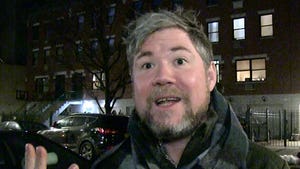 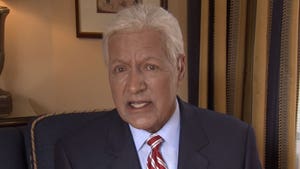