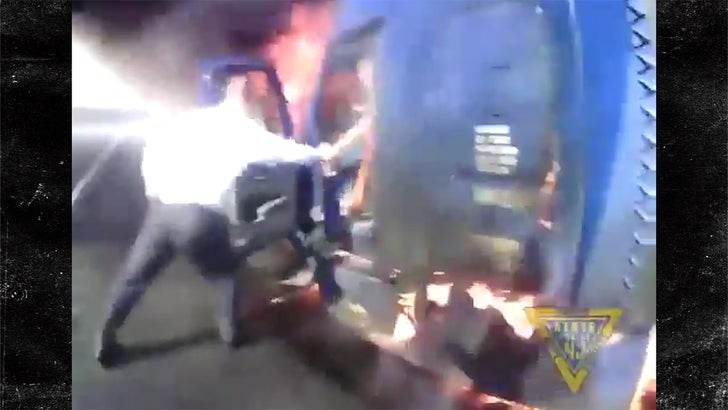 THIS is some real-life superhero stuff here -- NJ State Troopers yanking a trucker to safety right as his 18-wheeler burst into a ball of flames ... and it's all on video.

It really looks like something straight out of a Hollywood action flick -- the officers encountered the burning rig on a highway in Bridgewater Township. Cops say the truck went off the road Monday afternoon and hit a guardrail while an officer was making a traffic stop nearby.

Trooper Robert Tarleton heard the crash and you can see in the video ... he immediately left the stopped car and bolted toward the truck, which was already on fire.

You gotta see Tarleton running at top speed, and when he got to the rig another officer -- Lieutenant Edward Ryder -- was there trying to free the driver from his cab. Together, they pulled him to safety with, literally, a second to spare.

This plays like a "Mission: Impossible" opening sequence with one HUGE difference -- these guys are the real deal. No offense to Tom Cruise, but we know he'd agree with us. 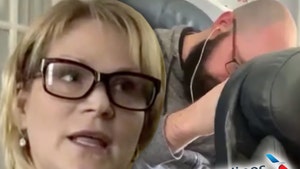 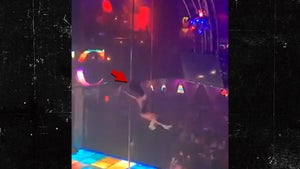 Stripper Falls Off Two-Story Pole, Gets Up & Keeps Twerking