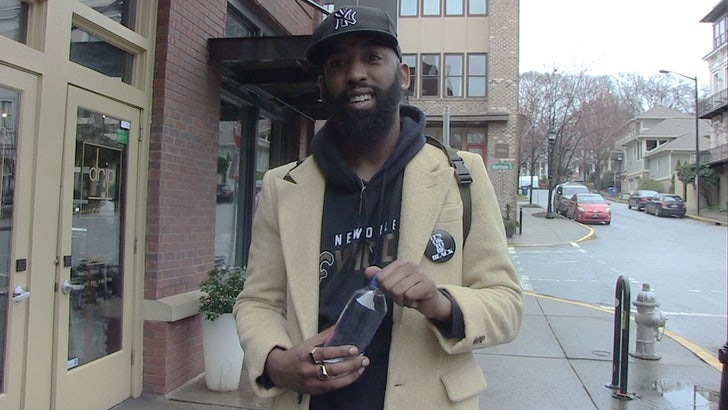 "Love Is Blind" star Carlton Morton says he's getting some much-needed therapy after a 911 call from his home following his cry for help over social media.

We got Carlton at Drip Coffee Shop in Atlanta Thursday and our guy asked how he's holding up after catching tons of flak online, and a very public meltdown.

As you know ... Carlton's claim to fame on "Love Is Blind" is not telling Diamond he was bisexual until AFTER they got engaged, leading to an epic spat. 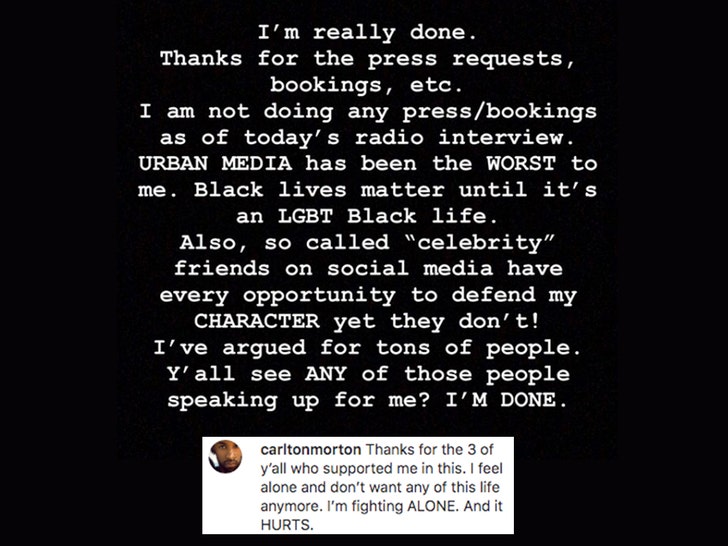 Authorities tell TMZ ... someone at Carlton's Atlanta home called 911 for a non-life threatening injury hours after his scary social media post, and he was transported to a hospital. Carlton tells us someone wanted to check up on him.

Carlton says he's seeing a therapist in hopes of improving his mental health and tells us he's getting death threats on the daily, and feels like the world hates him.

Carlton has lots of regrets, and he's second-guessing a bunch of decisions ... from how he showed Diamond his true colors, to even going on the reality show in the first place.

Carlton's also got a message for his fans, and for his haters. 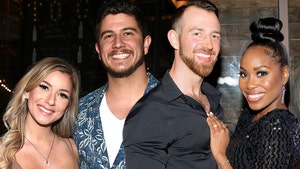 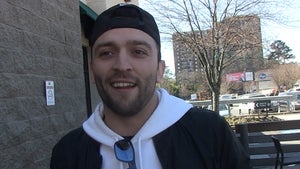