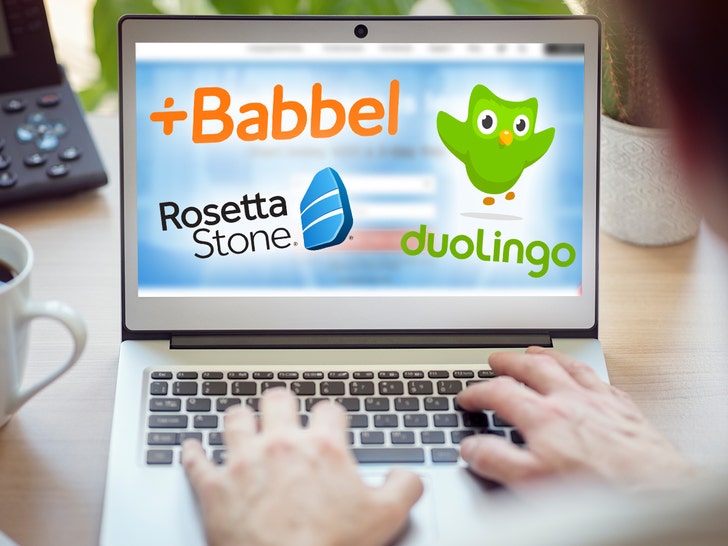 People across the globe are learning new languages to pass the time at home ... and one language software company says Tom Hanks' coronavirus diagnosis triggered a spike in sales.

Here's the deal ... honchos at Rosetta Stone, Babbel and Duolingo tell us they're all seeing a surge in language software sales during the pandemic ... and Babbel says it all started when Tom told the world he contracted COVID-19.

Babbel tells TMZ ... business started booming once Tom announced his diagnosis and the NBA suspended its season -- and they're seeing a big spike in sales in areas under a complete coronavirus shutdown. 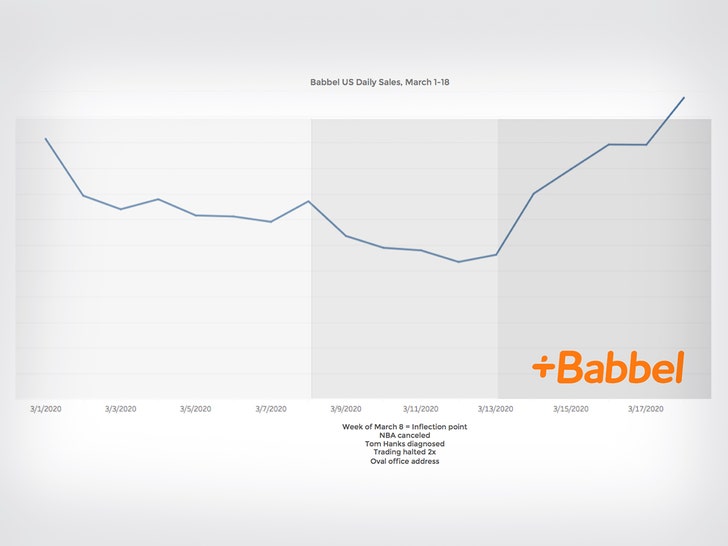 It's interesting ... Babbel sales saw a slight decrease when Italy started getting ravaged by the virus, but everything flipped when the country started quarantining entire cities.

Now, Babbel sales are seeing a 50% increase compared to what they usually see this time of year. And, the company says most folks say "cultural interest" is the reason for buying the service, surpassing the previous most-popular answer, "travel."

In the States, Babbel says most folks are trying to learn Spanish, French, Italian and German ... and the company is offering 3-months of free software for American students.

Over at Duolingo, the company tells us software usage is at an all-time high, with an increase in new users across the board in all 50 states. From March 9 to March 16 alone, Duolingo tells us they had a 91% surge in new users in the U.S. We're told the majority of new users this week are learning Spanish.

Rosetta Stone says it's allowing teachers and students unlimited usage of their products until the end of the school year -- most classrooms are going online -- and 1,500 folks have already taken advantage of the offer. They're also offering three months of free access to students around the globe. 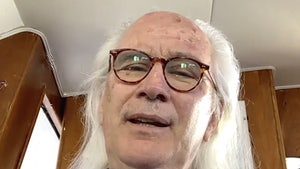 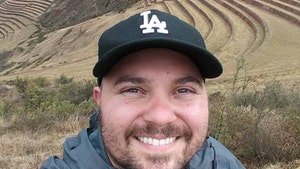