Meghan Markle's pivot away from Royal life is in full swing -- 'cause a charity she partners with has dropped any mention of the word when describing her ... except on their homepage, where it probably matters most.

The charity is called Smart Works -- a non-profit org based out of the U.K. that provides professional interviewing clothes to low income women who need it for job interviews. Meghan's been their official patron for a while -- and until now ... has always been referred to as "Our Royal Patron" as well as "Her Royal Highness," or "HRH" for short on their site.

It's true ... if you go and click on Meghan's official bio at Smart Works right now, they have indeed dropped all "Royal" and "Highness" terms in talking about Meg. Going forward, it looks like they're just referring to her as "Our Patron, The Duchess of Sussex." Hey, at least she kept that.

The only problem ... on their homepage, as of Saturday, it looks like they still call her 'Our Royal Patron,' and even 'HRH.' If you click on that, it takes you to the page where they've ditched 'Royal.' Seems somebody fell asleep at the wheel in the digital scrubbing.

That said ... the day they officially split from the Royal Family is March 31, which was announced in their transition statement earlier this year. So, someone's got at least until then to get it fully right over at Smart Works 😅 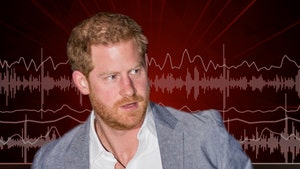 Meghan Markle You Might Want to Rethink Royal Family