Thousands of inmates in California prisons will be released early as officials fear overcrowding could spark a deadly outbreak of the coronavirus.

The move comes in the middle of a pandemic as the nation desperately tries to get a handle on how to stem the disease. Fact is ... jails and prisons are breeding grounds for the virus, with conditions that are often filthy and way too many people packed inside.

Officials hope accelerating parole dates for 3,500 inmates serving terms for nonviolent crimes -- and people due to be released within 60 days -- will help slow the spread of COVID-19, not just to inmates, but those who work within California's 35 prisons. And the other reality ... if inmates get infected, get released and then interact with others ... well, you know the rest.

Then there's this ... the state has blocked the transfer of county jail inmates to prison, according to the L.A. Times. That decision alone will keep 3,000 additional people out of the state's prison system. What's more ... nearly 600 inmates will be moved out of dorms -- home to bunks with close proximity and shared sinks/showers -- and moved to other prison facilities.

As we first reported ... jail inmates feared the worst as early as March 6. An inmate getting out of L.A. County Men's Central Jail said he experienced deplorable conditions while locked up for carjacking. Another inmate told us no one from the jail told the inmates anything about coronavirus or how to prevent it. A lot has changed in a matter of weeks. 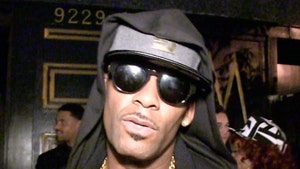 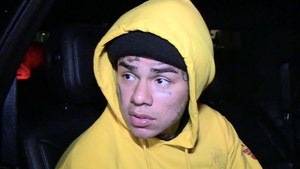