8:05 AM PT -- Payton is defending the decision to move the war room to a brewery ... after a USA Today columnist bashed the idea in an article.

"Congratulations, New Orleans Saints. You've finally found a way to be dumber than Mike Ditka on Draft Day," Nancy Armour said in the column ... while adding the decision is dangerous.

SP clapped back on Twitter late Wednesday night ... saying, "Nancy, you have 8 percent of your facts correct with this piece! Unbelievable."

"We need accurate reporting now more than ever. We're in this together. #facts."

Well, we've never seen beer and football together quite like this before ...

Sean Payton says since the NFL has closed down his team's facilities amid the coronavirus pandemic ... he's moving the Saints' draft war room to a local New Orleans brewery.

The coach made the announcement Wednesday ... saying the team will set up its whole draft headquarters at Dixie Brewing Company (which is also owned by Saints honcho Gayle Benson) in New Orleans East later this month.

It was a historic night tonight as Mrs. Benson kicked off the return of @dixiebrewco to New Orleans!

The new brewery in New Orleans East will open to the public on Saturday. pic.twitter.com/CSgGXYY6Yn

Payton -- who's just now getting over his battle with coronavirus -- says his team will take every precaution necessary inside the brewery to make sure they're not violating social distancing rules.

Sean says only around six or seven people -- including himself and GM Mickey Loomis -- will actually be on-site ... while the rest of his staff will be there via monitors in the room.

"This facility is fantastic," Payton said ... "We're certainly distanced away from each other. There's plenty of space. And, then the monitors have all the scouts and everyone else, so the total people in the meeting might be 20."

Payton added, each day those who enter the brewery will have their temperatures taken as an extra precaution to keep his employees safe.

The NFL Draft is slated to kick off on April 23. Payton's Saints currently hold pick No. 24 in the first round. 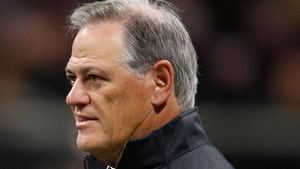 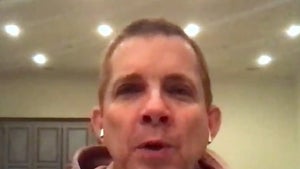