Details surrounding his death have not been revealed. We're working on it.

Farmer was drafted by the Cleveland Indians in the 5th round of the 1967 Draft -- and went on to pitch for the Tigers, Phillies, Orioles, White Sox and more. He made the American League All-Star team in 1980.

He eventually transitioned over to the broadcast booth in 1992 where he spent nearly 30 years calling games for his beloved White Sox.

During his life, Farmer suffered from polycystic kidney disease -- in which cysts cluster around the kidneys, sometimes affecting their ability to function properly.

On the field, you might remember Farmer's issues with Al Cowens.

Famer hit Cowens with a pitch in a game in 1979 -- breaking his jaw and messing up his teeth.

Farmer insisted it wasn't intentional, but Cowens didn't buy it -- and when they played against each other the following season, Cowens charged the mound and attacked Farmer.

Farmer filed assault charges against Cowens -- but later agreed to drop the case if Cowens would shake his hand. Wild stuff.

As for the White Sox, the team issued a statement about Farmer's passing saying, "We mourn the death of Ed Farmer who passed away Wednesday night."

"Farmer worked as a radio broadcaster for the Chicago White Sox for nearly 30 years, played 11 seasons in the major leagues, including three with his hometown White Sox, and was a strong advocate for organ donation." 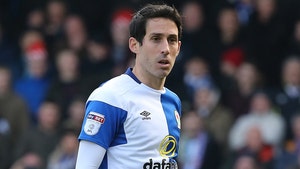