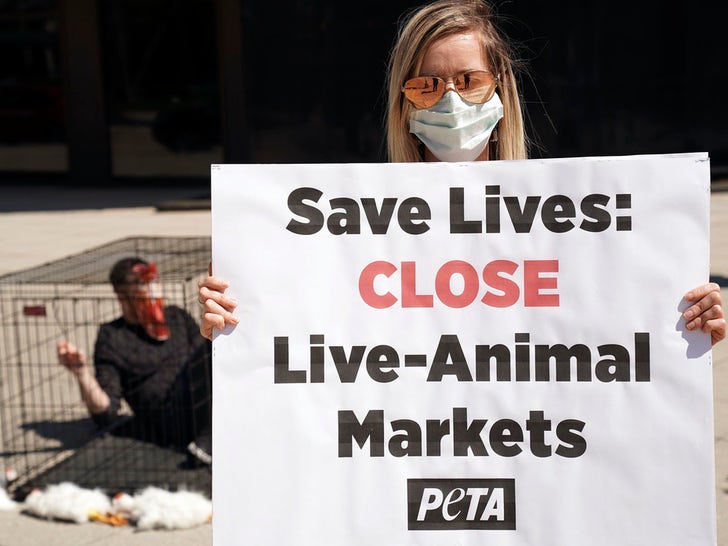 PETA is not about to let a little thing like a deadly pandemic stop them from fighting for animals ... the protests won't stop, and grocery stores are the big target.

The animal rights org tells TMZ ... protests are focusing on supermarkets because they are one of the few businesses still open in the pandemic, and PETA wants people to make a connection between diseases like COVID-19 and animal agriculture.

PETA protested outside a grocery store in Reno, NV this week ... using a PETA cow to urge shoppers to save animals by going vegan. Next week, PETA says a chicken will be advocating a similar message to shoppers outside a supermarket in Sioux Falls, SD.

While some might question the optics of PETA protesting outside grocery stores in this climate -- scared shoppers standing in long lines -- the org says they've had no complaints from grocery stores.

PETA's got a heart for humans too, and they're taking steps to protect their loyal protesters from catching the virus.

Activists are standing 6 feet apart from one another at protests, and they're handing things out to the public from a safe distance -- at a recent protest, an extended grabber tool was used to distribute toilet paper roles to pedestrians that read, "wipe out animal illness, go vegan."

PETA's also going hands-free for vegan starter kits ... instead of passing out leaflets, a protester holds a big sign with a QR code so folks can download the leaflet on their phones.

Activists are also wearing masks that read, "meat markets are breeding markets for diseases" ... and PETA's encouraging its ranks to work from home, which means sending Starbucks messages telling them to end the surcharge on vegan milks. 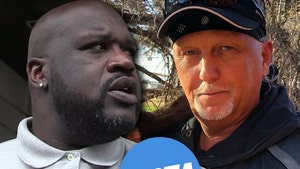 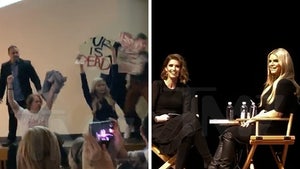