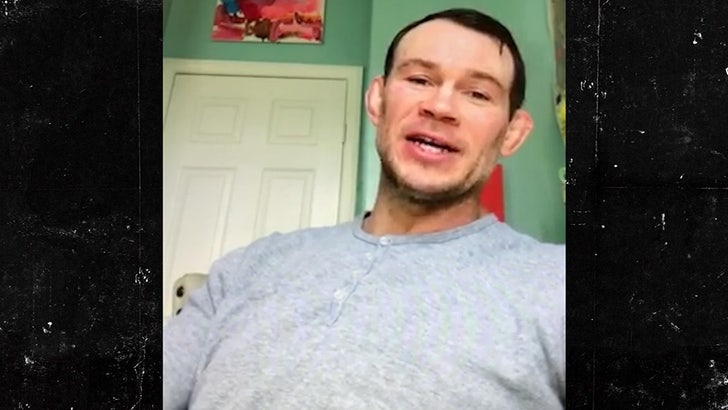 Thursday is the 15th anniversary of that epic Forrest Griffin vs. Stephan Bonnar fight that launched the UFC on a multi-billion dollar trajectory.

So, we hit up Forrest to talk about how it changed his life -- and the video is awesome.

Remember, Griffin vs. Bonnar was the main event finale of the very 1st season of the "The Ultimate Fighter" reality show competition -- and it's still widely regarded as one of the best (and most important) moments in MMA history.

Griffin won that 3-round war by unanimous decision and went on to have a Hall of Fame career.

"I knew at the end of that I did not have to go to a day job. My job was now professional fighting," Griffin tells us.

"That's the bigger moment than winning the belts or fighting the best guy in the world or anything else. That’s the moment for me that really will always stand out."

Remember, 'TUF: Season 1' was aired the U.S. on Spike TV -- and was it was really the first time UFC content was available to the masses without a paywall.

Dana White has often credited the fight with launching the UFC to the next level -- but Griffin is still humble about his role.

"There were other people who laid the foundation for us and I got to help a little bit too."

"The history of MMA -- so many great people have gotten to offer so much to it, I’m really glad I got to offer my little keystone in it. With all the Chucks and the Royce’s and the GSPs, all the great people that changed the game. The Ronda Rouseys the McGregors, they turned it into a mainstream thing."

"You know I had my little piece of it too, and that will obviously be one of the biggest things I’ve ever done in my life. But I’m always cognizant that there were 11 other guys on that show.”