Pastor Tony Spell's plan to put his flock in danger of catching the coronavirus on Easter Sunday won't be thwarted by police ... but it will be watched closely.

He also says it's not a First Amendment issue because Spell is jeopardizing the health of his parishioners and all Louisiana residents.

Despite that, Chief Corcoran tells us police will not interfere with the pastor's scheduled Easter Sunday service, which is expected to draw more than 1,000 faithful -- a clear violation of the state's stay-at-home orders.

Instead, we're told cops will document the gathering and present it as evidence to the District Attorney for future prosecution. 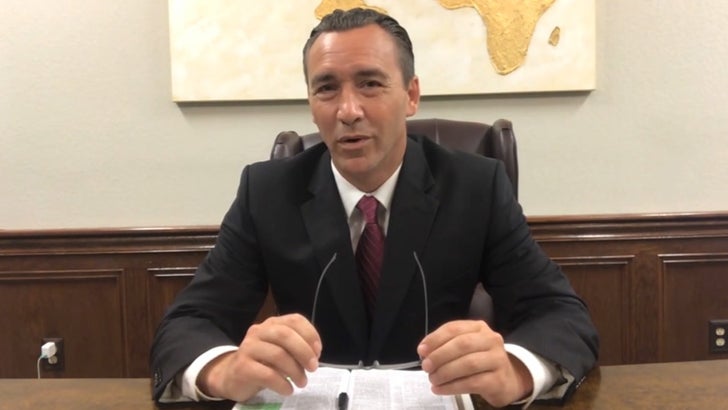 We broke the story ... Spell claims his congregation of true Christians wouldn't mind dying from COVID-19 because they'd do so in the name of God and freedom.

The pastor's been previously cited for violating the state mandate, but went ahead and held a huge Palm Sunday service anyway.

The police chief says he personally spoke with Spell and asked him to obey the Governor's order. He claims the pastor said he would, but then didn't.

Chief Corcoran also tells us he misses going to church too, but he's been managing by watching online, and he's still urging Spell to do the same.