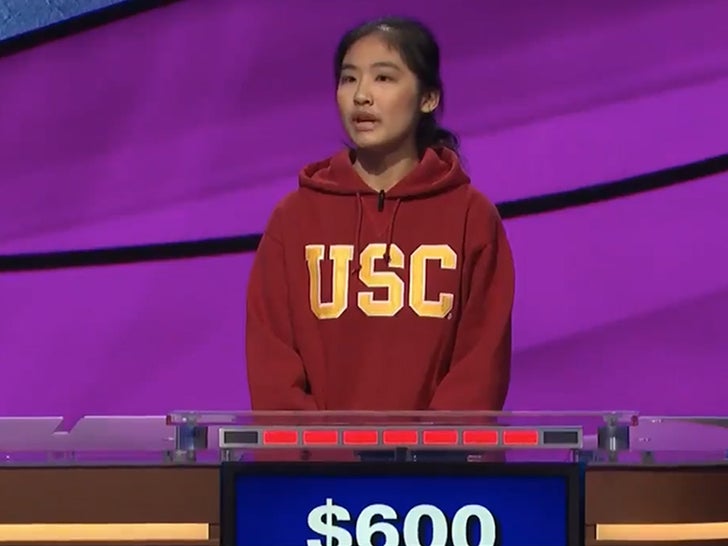 "One of the topics covered in a Major League Baseball course at Arizona State is this player who broke the color barrier in 1947."

COME ON -- EVERYONE KNOWS THE ANSWER ... right?

Because when Xiaoke Ying buzz'd in on "Jeopardy!" on Wednesday night -- she replied, "Babe Ruth!"

This happened on Jeopardy tonight.

This girl goes to USC

We thought everyone knew that ... but Xiaoke (from USC) blew it on an episode that coincidentally aired on "Jackie Robinson Day."

Some facts. Babe Ruth did not break the color barrier. He was white. Like super white. German ancestry white.

Jackie Robinson (who went to Xiaoke's rival school UCLA) famously broke the color barrier while a member of the Brooklyn Dodgers in 1947.

Robinson made such an impact in the sports world and on society as a whole, there have been countless movies, documentaries and books written about him.

Also, his jersey #42 has been retired across MLB to honor the legend.

Oh, and don't feel too bad for Xiaoke -- she ended up winning the show and moves on to the "Jeopardy" College Tournament Finals.