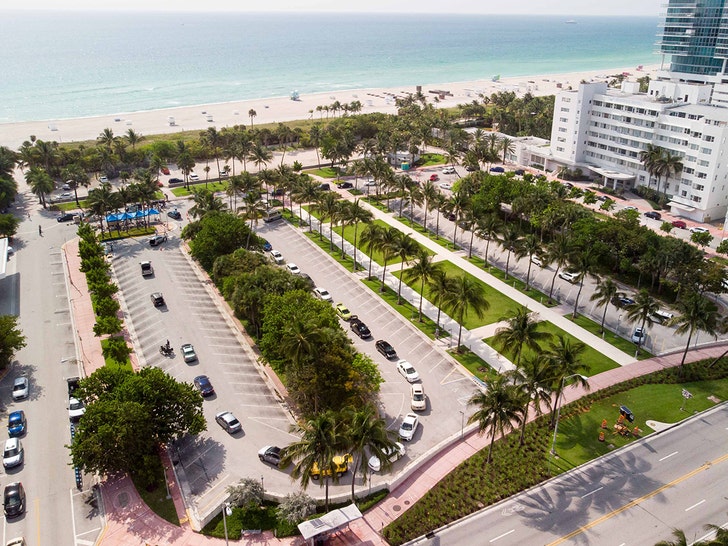 Talk about a Norman Rockwell painting idea come to life -- a parade of cars filled with hungry people in Miami ... smack dab in the middle of two of the city's ritziest hotels.

Check out this surreal scene down in Miami Beach, where a MILE-long line of cars were arranged in a giant U-curve in between the W Hotel and Setai Hotel -- two of MB's most high-end go-to spots for celebrity out-of-towners ... like Kim K, Justin Bieber and more. 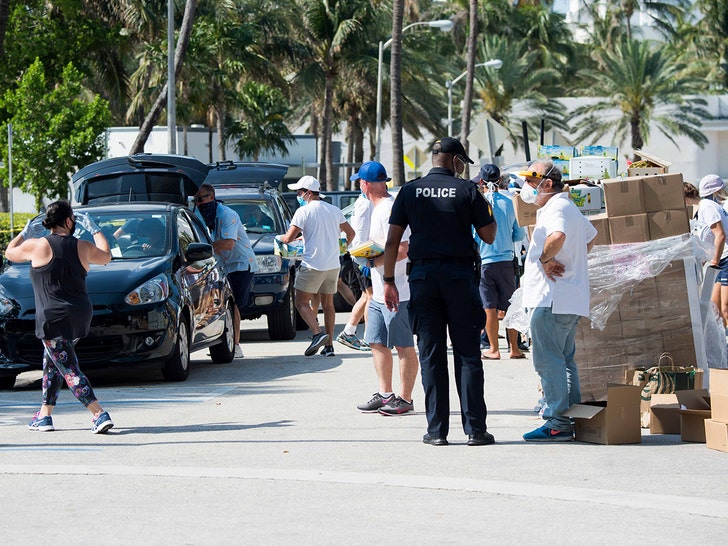 The organizers -- made up of lifeguards and other volunteers -- set up shop in a parking lot bordering both hotels, and the line went all the way down the street and likely around the next block or two. As for the location ... it was probably more practical than commentary.

The main street that leads to the beachfront facilities is Collins Ave. -- and it's a long, straight shot for a good while (probably a few miles or so) before any major turns or weird corners. The folks there must've felt this would be the easiest way to get people in and out without causing too much of a traffic jam or taking up too many neighboring streets. 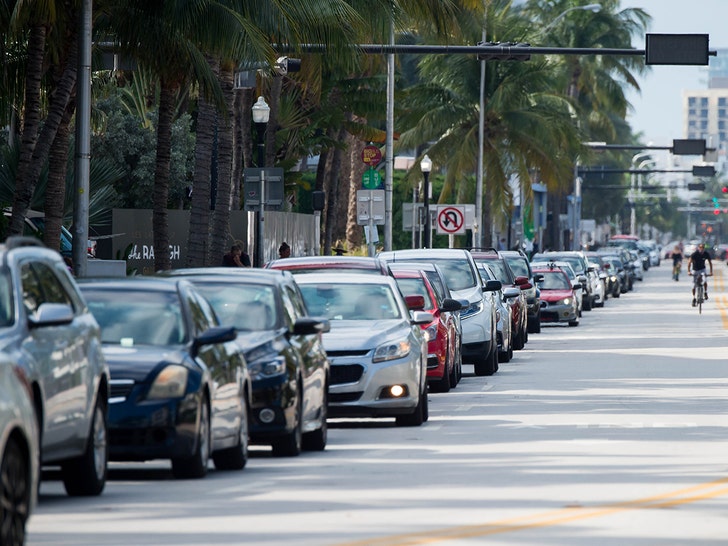 Still, whether they were trying to send a message or not ... the juxtaposition of desperate, poor families flocking to a food bank right next to a rich-person pit stop in the Sunshine State, should've been looked at a bit more. It's kinda bad optics ... but so be it.

Hotels are hurting right now too -- and something tells us these two 4-star and 5-star hotels don't have their usual clientele filling their suites at the moment. Strange times, indeed. 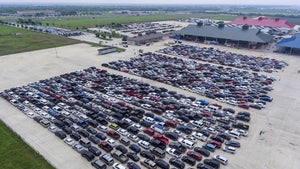 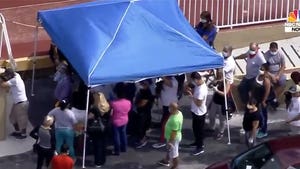