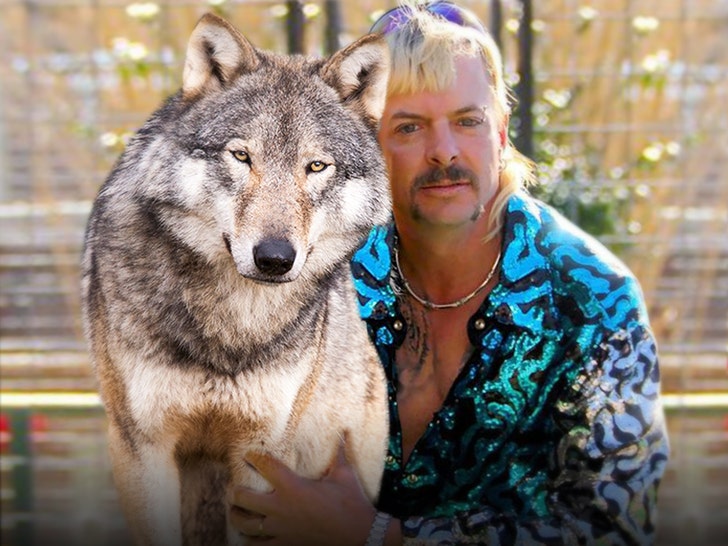 Before Joe Exotic was known to the world as the Tiger King, he desperately tried his hand at being a "Wolf King" ... but he got dethroned after a very short reign.

TMZ's learned Joe Exotic got his hands on 28 gray wolves back in early 2018 after a so-called "petting zoo" in Minneapolis was forced to give up the animals following an unfavorable ruling at trial over a lawsuit alleging it violated the federal Endangered Species Act.

The Animal Legal Defense Fund was behind that lawsuit ... and it didn't take long before the ALDF had Joe in its crosshairs. Christopher Berry, the ALDF attorney behind the lawsuit, tells TMZ ... he fired off a legal letter to Joe accusing him of also violating that law.

The letter accuses Joe of transporting the wolves from Minnesota to Oklahoma, which is one of the ESA violations because it's against federal law to transport protected animals across state lines without a permit.

And, get this ... Berry offered to resolve the issue amicably, but Joe wasn't having it. Berry tells us a few days after Joe received the letter, Joe was pissed off to the point he called Berry and chewed him out in a profanity-laced rant ... denying he broke any laws.

We're told, Joe ultimately admitted trying to get a handle on wolves proved way more challenging than he anticipated. One example ... the wolves often clawed out of their enclosures and ran amok at Joe's G.W. Exotic Animal Park.

As for how Joe's facility got selected to receive the wolves ... we're told the Minnesota petting zoo was desperate to find the wolves new homes, but irresponsibly sent 28 of the as many as 60 wolves to Joe, who clearly was not equipped to care for them.

But, just when ya think there's a happy ending ... think again. Berry says only 25 of the 28 wolves at Joe's facility were transferred to Lockwood. He says one of the wolves died from an infection at Joe's park. As for the two remaining wolves ... they went MIA and no one ever figured out what happened to them.

Then again, Joe Exotic's been accused of heinous acts against animals. 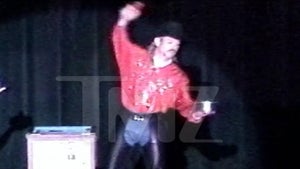 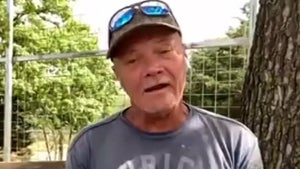