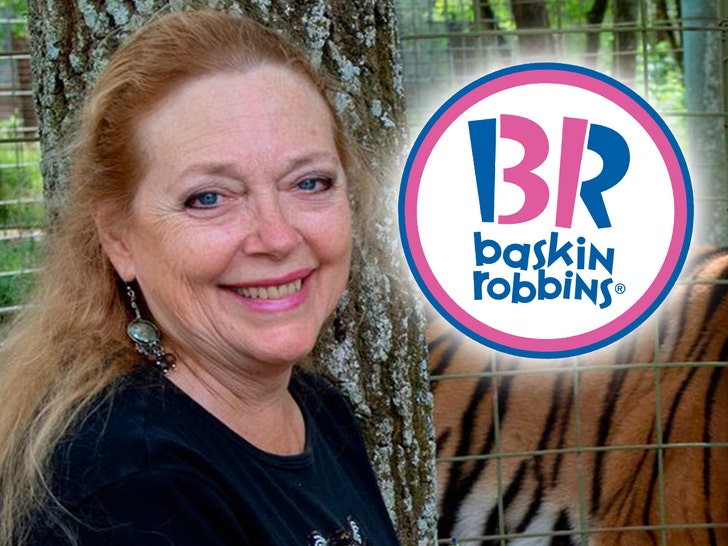 Cutting ties with Carole Baskin didn't necessarily work out for her ex-husband or Joe Exotic -- but a Baskin-Robbins shop is cashing in by doing exactly that.

Peggy Heldstab, owner of the Baskin-Robbins ice cream shop in Junction City, Kansas, tells TMZ ... it was her son's idea to slap the "No Relation to Carole Baskin" sign on her store's marquee sign. She says her son and his wife saw the popular Netflix documentary 'Tiger King' and are huge fans ... hence the suggestion for the sign. 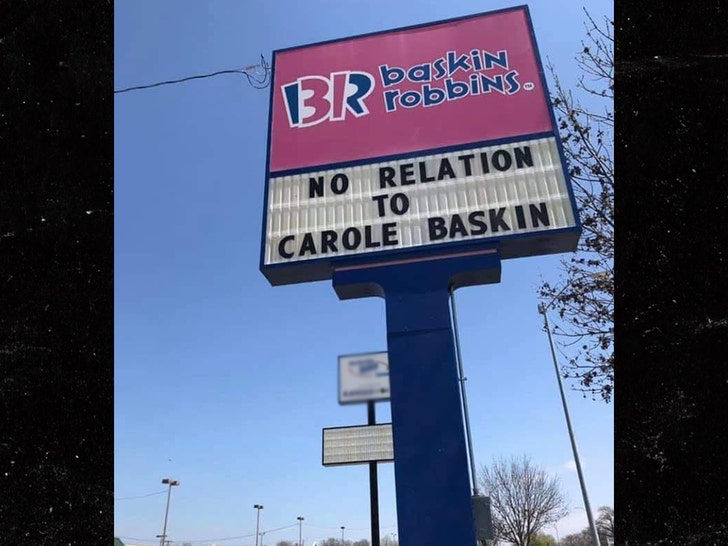 She says her son swore the sign would be especially appreciated right now with the popularity of the doc ... coupled with the thousands of memes, songs and dances that have sprung up, with most of them taking shots at Carole Baskin.

But get this ... Peggy says she had never heard of 'Tiger King,' but took her son's word for it because he insisted the sign would cheer people up. He wasn't lying. The sign's exploded all over social media, and that's translated extremely well for the cash register.

We're told Peggy put up the sign Sunday and that very same day sales doubled compared to the day before. What's more ... the shop drew tons of attention from fans driving by waving and honking in approval of the sign. Her son was right, and business (carry-out/DoorDash only) has been great ever since. 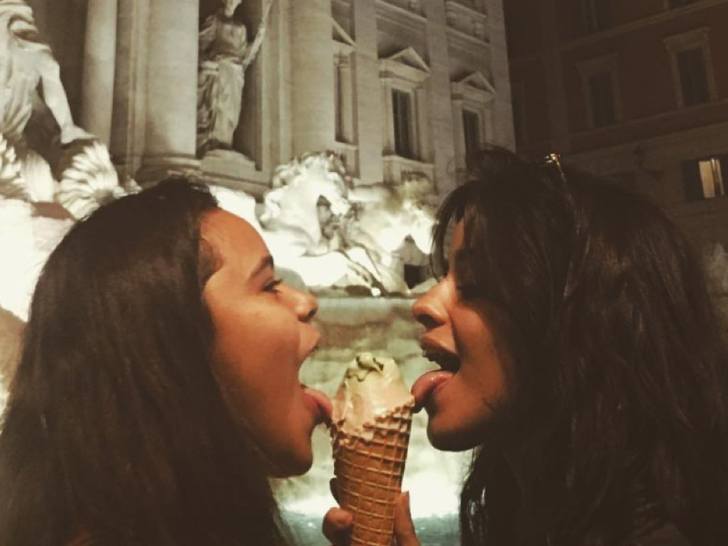 As most small business owners can relate, Peggy says she was worried about her business with stay-at-home orders, and business doesn't get any easier when it's trying to make up for any stalled business during the cold months. And, that's why the Carole Baskin sign couldn't have come at a better time.

As for corporate reaching out to her shop to give her its 2 cents ... Peggy says not a peep. She says she's able to make sign decisions independently. And, in case you're wondering ... Peggy says she's now a few episodes into 'Tiger King.'

Peggy says if Carole Baskin walked into her shop, she'd serve her ice cream. Maybe Peggy hasn't gotten to the end of 'Tiger King' yet. Give her time. 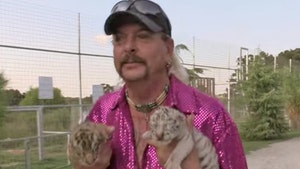 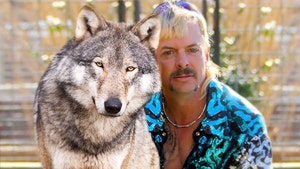 Joe Exotic Tried Selling Wolves in 2018 Before Activists Stepped In