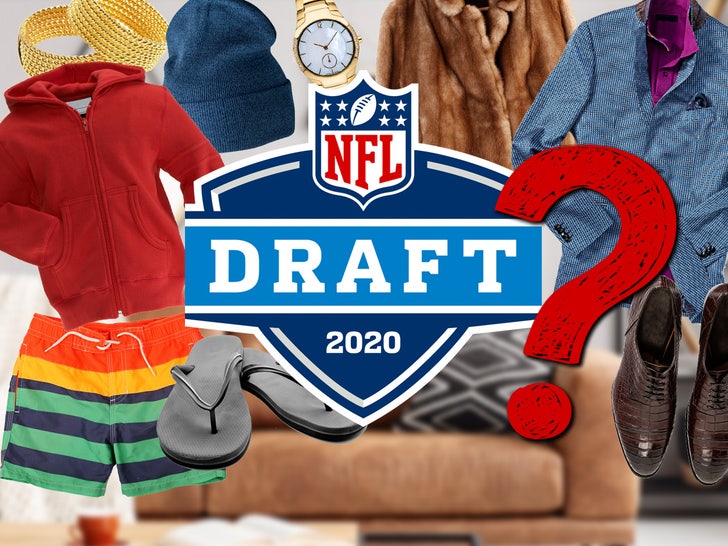 The design on his shirt is an outline of the state of Ohio.

4:23 PM PT -- Tua Tagovailoa went with a suit and his family is rocking traditional Polynesian leis to honor their Samoan heritage.

6:50 PM PT -- We've officially made it to the robe portion of the draft -- with Alabama superstar Henry Ruggs throwing on an Old Spice robe to celebrate joining the Las Vegas Raiders. 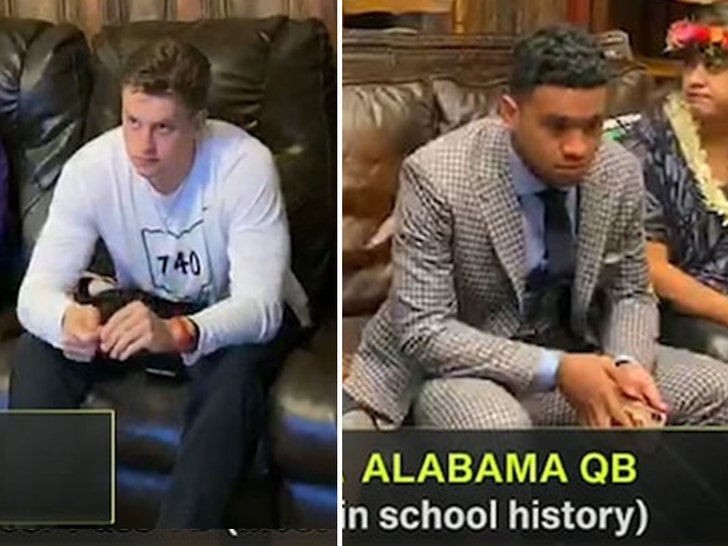 The NFL Draft is usually a HUGE platform for FASHION -- but with this year's festivities happening at home ... who the hell knows what to expect?!

Some guys have said they're going full loungewear. Others say they'll try and find a suit that fits. Look for t-shirts and jeans too!

As we previously reported, the top celebrity tailors who usually outfit the top draft picks are S.O.L. this year since the players can't travel to the shops to get their expensive custom draft suits!

The NFL has said there is no dress code this year (usually the top picks come dressed up in the FINEST threads) but it's clear they hope the top guys make a fashion effort anyway.

Joe Burrow is already making excuses for his look -- saying he couldn't find a barber to trim him up for his big day!

It all goes down at 5 PM PT -- and we'll track the whole thing here!