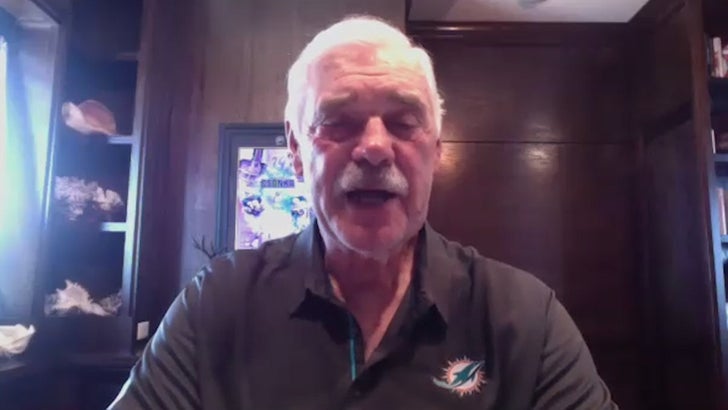 Larry Csonka and his Miami Dolphins teammate Manny Fernandez once caught a live alligator and hid it in Don Shula's shower ... and the story is nuts!!

The Dolphins legendary running back was remembering Shula on a Zoom call with reporters when he explained how he pulled off one of the most DANGEROUS pranks ever!!

It all started during a fishing trip in Florida with Manny -- a stud defensive end -- the day after an exhibition game.

Csonka says they saw alligators on the beach and Manny said he could catch one.

That's when Manny -- a MANIAC -- jumped out of the boat and caught a 3-foot gator with his bare hands!!

"It was like something in a movie. There was tumbling and screaming and growling and pretty soon Manny Fernandez came walking out of the bushes with a baby alligator!"

"Walked over and threw it in the boat. I jumped out of the boat!"

Larry says the guys threw the gator into his car and brought it back to the team practice facility the next day ... "and then we had the great idea of putting it in his shower."

Larry says the players took a vote on whether to tape the gator's mouth shut -- and it passed by ONE VOTE!

How'd it go over with the Coach???

"The great thing about Shula ... on a thing like the alligator, he had a good sense of humor and he appreciated that and he had a good laugh about it." 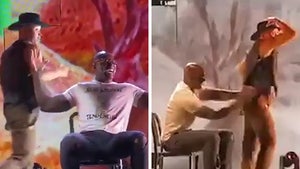 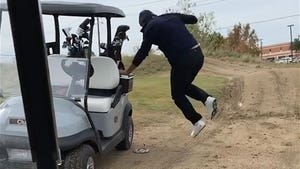 Tony Romo Punked On Golf Course By Fake Snake, 'Son Of A Bitch!'