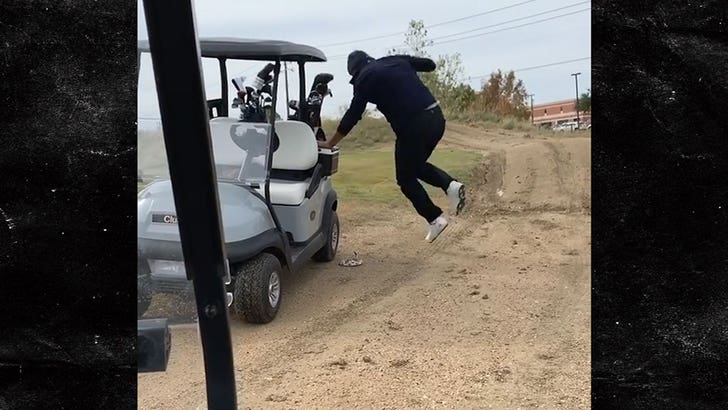 Hilarious moment on the links Wednesday ... Tony Romo was scared crapless by a fake snake -- and it was all because of a prank played on him by ex-NBA star Deron Williams!

Romo -- a near-scratch golfer when he's not broadcasting NFL games -- was out at Maridoe Golf Club in Texas with Williams when Deron decided to have some fun.

The former Utah Jazz superstar laid down a rubber snake by Romo's golf cart ... and fired up his phone's camera.

What happened next was hilarious ... Romo initially walked by it without seeing it, but when he got out of his cart and finally noticed it -- HE ALMOST JUMPED OUT HIS SHOES!!

Once the QB realized he'd been pranked, he smirked and said, "That son of a bitch!" -- while Williams laughed his ass off!!!

"I’m sorry @tony.romo I had to do it!!!" Williams said of the joke. "All this proves is if they put u back there for a few snaps u could shake off them ankle tackles."

Williams plays this trick all the time while he's out on the golf course ... and it's laugh out loud hilarious EVERY TIME!!!

As for the scorecard, smart money says Romo took the round from Williams ... but Deron DEFINITELY got the last laugh either way!!! 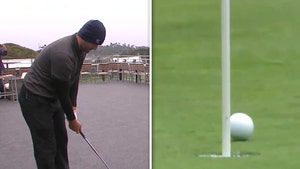 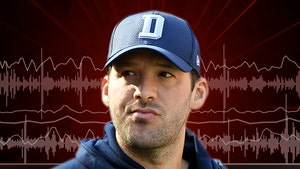